The opioid epidemic has already claimed more than 165,000
American lives 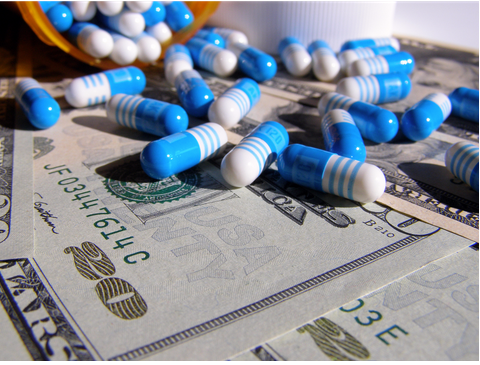 A searing new report from the Associated Press claims that the makers of opioid painkillers, the dangerous drugs at the center of the tragic overdose crisis, outspent the US gun lobby on lobbying and campaign contributions by 8:1.

The report looked at the period from 2006 to 2015, when deaths from the drugs began to skyrocket. Here are some of its most striking findings:

Worse still, the same drug companies now stand to make more money off of new iterations of the pills which they're marketing as safer and tougher to abuse but which may not actually work to stem the tide of overdose deaths, the report states.

According to the report, opioid drugmakers are behind state-based lobbying efforts aimed at peddling so-called "abuse-deterrent" versions of the drugs which may carry the same risks of addiction but "ultimately are more lucrative [than traditional opioids], since they're protected by patent and do not yet have generic competitors."

The opioid epidemic has already claimed more than 165,000 American lives. Deaths from the drugs — which dozens of studies have shown can be addictive since they act on the brain in a manner almost identical to heroin — have continued to skyrocket. In 2013, more Americans died from overdosing on opioid painkillers than from heroin or cocaine combined.

In response to the allegations made by the AP, Purdue shared this statement with Business Insider: "We support policies that align with the FDA and The White House's view that opioids with abuse-deterrent properties are a public health priority."

A new Associated Press report says the pharma companies behind powerful opioid painkillers spent more than eight times what the gun lobby spent from 2006-2015.
http://www.businessinsider.com/new-ap-report-opioid-drugmakers-outspent-nra-lobbying-2016-9
Tweet
How do you feel about this post?
Happy (0)
Love (0)
Surprised (0)
Sad (0)
Angry (0)
5 Investigates: Chief of Braintree police to retir...
Alleged mistress of convicted sheriff's captain pl...
Comment for this post has been locked by admin.