In the last year alone, officials in Mass have investigated allegations of evidence room misconduct in police departments in Westford, Adams, Lee, Springfield, Framingham and Braintree, according to a running list maintained by the International Association for Property And Evidence Inc., one of the few organizations that train police on evidence handling procedures. 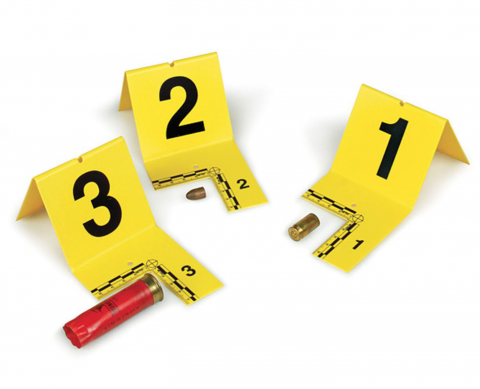 In a cavernous concrete and cinder-block room in the basement of Braintree police station, Paul Shastany sees an opportunity to set a new standard for law enforcement and rewrite the story of a suburban police department rocked by scandal.

Shastany, the retired Stoughton chief who was brought in to turn around the Braintree police department last year after an audit found drugs, guns and cash missing from its evidence room, has vowed to implement the highest standards for evidence handling with a state-of-the-art evidence room and radio-frequency technology that few, if any, police departments have used in this way before. And he says he can do it in four months.

"We will probably be the first in the nation to have a comprehensive evidence system that basically tracks evidence from the scene to disposition or destruction," Shastany said in an interview last week. "It's pretty simple in its concept."

Public works crews have already torn out a drop ceiling and old bullets from the department's long unused firing range and are now sealing up leaks and upgrading the ventilation system so it can remove odors from large stashes of marijuana that Shastany expects will soon be stored there. Meanwhile, upstairs, officers are still using the same room where auditors last year found torn-open money envelopes, haphazardly organized property and bookkeeping so bad that it left few clues as to the whereabouts of guns and drugs that were supposed to be securely stored there.

Officials have already implemented a variety of changes recommended by the auditors, but even with those improvements Shastany says the old evidence room is "not ideal."

The work comes as public defenders across Norfolk County continue to await the results of a state attorney general investigation into the missing evidence, which was discovered shortly before the officer who was in charge of the evidence room, Susan Zopatti, was found dead of a self-inflicted gunshot wound. Braintree officials have not publicly accused Zopatti of taking the missing evidence, but an auditor's report indicated that one of the missing guns was found in her home and no one else at the department has been charged to date.

For now, Shastany is working to design an evidence management system that automatically tracks the highly valuable evidence that passes through the department's doors every day and makes theft within the department much more difficult to pull off and easy to detect. And he expects the work he's doing will become an example for other local police departments, which are almost always left to come up with their own evidence handling system.

Experts in handling evidence say that lack of established standards leaves many departments open to abuse within their own ranks, particularly because the job of managing an evidence room is often seen as unimportant or even a punishment by officers who would rather be chasing bad guys or solving crimes.

In the last year alone, officials in Massachusetts have investigated allegations of evidence room misconduct in police departments in Westford, Adams, Lee, Springfield, Framingham and Braintree, according to a running list maintained by the International Association for Property And Evidence Inc., one of the few organizations that train police on evidence handling procedures.

"There's an epidemic right now in Massachusetts," said Joseph Latta, executive director for the organization, which is holding two training programs in the state this year.

In Braintree, auditors who inspected the department's evidence room, located on the first floor near the administrative offices, found last year that evidence was often placed in the wrong place and stored "haphazardly." Records submitted by officers were frequently incomplete and different kinds of evidence were sometimes mixed together. There was also no easy way to locate a piece of evidence if it wasn't on the shelf where the records said it would be.

In the evidence room now under construction, Shastany said officers will use finger-print scanners at various points so there will be a record of who was handling evidence and when. And he plans to have officers tag every piece of evidence using a technology called radio-frequency identification, or RFID, which is widely used for the wireless transfer of information on credit cards, key cards and even the MBTA's Charie Card.

Is technology the answer?

In Shastany's vision of the future, officers who find evidence while investigating a crime will take a picture of it with a handheld device that will automatically assign it an evidence ID number. When the officer returns to the station, they'll print an RFID label to stick on the evidence bag and leave the evidence in an electronically controlled locker, where it will wait for the department's designated evidence officer to bring it into the evidence room.

At every step of the way, Shastany says, RFID readers will record where the evidence is in the building and how long it takes for it to move from one place to another. Even if evidence is put in the wrong place, officers should be able to use the RFID tag to locate it in the room. And if it takes too long for an officer to bring evidence from a crime scene to the station, the system will know that too.

"Were building a bird feeder here, and we're trying to keep the squirrel out," said Stephen Wallace Jr., a patrolman tapped by Shastany to set up and design the new evidence system. "Sometimes the squirrel is just doing it by accident and sometimes they're doing it on purpose. Our goal here is to make a bird feeder that is as squirrel proof as possible."

Shastany said the system will also allow police to easily print out records proving to defense attorneys that the evidence presented at trial hasn't been tampered with since it was collected during an investigation. Currently, producing those kinds of records is a massive effort.

Shastany says the new system should eliminate the need for occasional audits, which he compared to "sampling at a buffet table," because officers will be able to identify exactly where any piece of evidence is at any time.

"I should be able to know, like a surgeon going into a cabinet in an operating room, how many pieces of evidence I have, when they came in and what their status is," he said.

Latta, the evidence handling instructor, applauded some of the steps the Braintree Police Department is taking but remains skeptical of the use of RFID technology. He says some departments have tried in the past without much success.

"We're talking about over 20 years people have tried it," he said.

But Shastany maintains that the approach he's taking is new. He said all the technology he needs is already available but just hasn't been applied in this way before. Wallace is now working with different vendors to make sure the various components they want are able to work together.

"They're all working very hard on our behalf," Wallace said. "It's just that nobody's ever done anything like this before."

In a cavernous concrete and cinder-block room in the basement of Braintree police station, Paul Shastany sees an opportunity to set a new standard for law enforcement and rewrite the story of a suburban police department rocked by scandal. Shastany, the retired Stoughton chief who was brought in to turn around the Braintree police department last year after an audit found drugs, guns and cash missing from its evidence room, has vowed to implement the highest standards for evidence handling with
http://www.patriotledger.com/news/20170204/after-scandal-braintrees-new-police-chief-envisions-new-kind-of-evidence-room
Tweet
How do you feel about this post?
Happy (0)
Love (0)
Surprised (0)
Sad (0)
Angry (0)
Tags:
altered evidence Big Three: property room audit evidence room Chain of Custody assault  kits East Coast
Local police detective fired over handling of evid...
New charges laid against N.S. Mountie who allegedl...