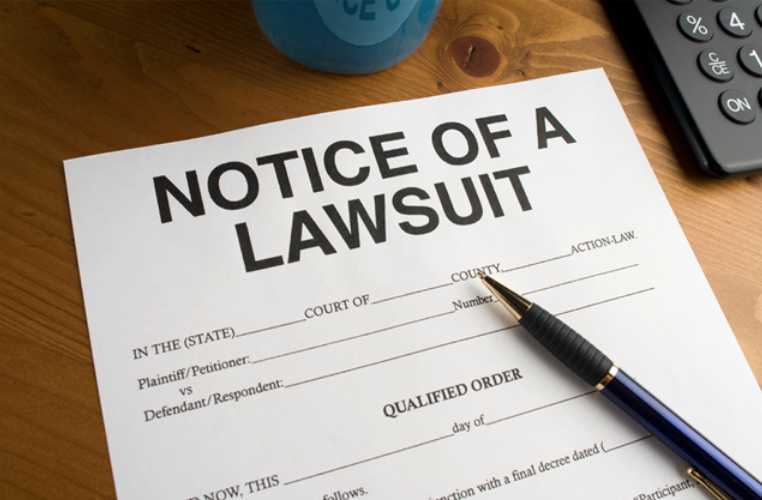 SPRINGFIELD -- A civil rights lawsuit filed in U.S. District Court combines nearly every recent high-profile law enforcement scandal in the region -- which, according to the complaint, collided to unfairly put one man behind bars for more than five years.

Rolando Penate served five years, seven months and 12 days in prison while his attorney fought to prove the case against him had been corrupted on multiple levels, the lawsuit states.

Penate is pursuing $5.7 million in damages, according to court documents.

The 57-page lawsuit filed Tuesday paints a disheartening picture of the state's criminal justice system, including:

These separately troubled individuals and agencies intersected to put Penate, a small-time accused heroin dealer, behind bars until Hampden Superior Court Judge Richard J. Carey dismissed his conviction in late June, according to the suit.

Carey also issued a 127-page decision lambasting the state attorney general's office for mishandling and concealing evidence in the Farak case, among other missteps.

Penate, 62, of Springfield, was arrested in 2011 after allegedly selling heroin baggies to an undercover narcotics officer, the complaint states. Officer John Wadlegger applied for a search warrant of Penate's home at 56 Johnson St. and executed it along with other narcotics detectives. Drugs were recovered, as well as around $2,300 in cash.

Penate was convicted in 2013 of one count of heroin distribution, despite his lawyer's argument to a Hampden Superior Court jury that the case against his client was "a hot mess."

In 2014 Farak was sentenced to 18 months in jail after pleading guilty to theft of controlled substances from the lab, evidence tampering and cocaine possession.

A critical issue for state prosecutors was the timeline of Farak's drug use, which they initially estimated at four months -- but, in fact, it began as early as 2004. She worked at the lab until her arrest in 2013. Her admissions and conviction have tainted "countless" drug cases, according to Penate's lawsuit.

Penate's attorney, Luke Ryan, argues in his complaint that an email from a state trooper to state prosecutors compiling evidence for post-conviction motions in the Farak case concealed a "smoking gun" in the form of mental health diaries in which the chemist self-reported drug use on the job to a treatment center.

One such entry, dated Dec. 22, 2011, read: "tried to resist using @ work but ended up failing." On the day she recorded testing samples in Penate's case, Farak reported smoking crack in the bathroom at the lab all morning and pilfered some LSD before lunch, the complaint states.

"This caused Farak to spend the remainder of her work day hallucinating," it adds, also arguing Farak returned an empty heroin packet to the Springfield Police Department labeled "Moonwalk" in connection with Penate's case. Ryan contends that piece of evidence was not recovered from Johnson Street.

Penate's lawsuit also cites an email from former Assistant Attorney General Anne Kaczmarek to Massachusetts State Police Sgt. Joseph Ballou. The message was written in response to Ballou's report that an assistant district attorney told him the prosecutor believed a 2005 case in which Farak tested cocaine evidence "had been light by four grams," and Oxycontin pills at the heart of an entirely separate drug case also went missing at the lab.

"Please don't let this get more complicated than we thought. If she were suffering from back injury -- maybe she took some oxys?" Kaczmarek said in an email response, according to Penate's complaint.

Kaczmarek later characterized the email as a "plea to God" to spare her team from "an avalanche of work," the lawsuit states.

Kaczmarek and Ballou are both defendants in Penate's complaint. Kaczmarek left the attorney general's office for a much higher-paying post in Suffolk County Superior Court. An underling, Kris Foster, who also was implicated in Carey's withering decision, left the office as well and now works in a better-paying job as general counsel for the state alcohol commission.

Retired Springfield police detective Kevin Burnham, 68, died of an apparent suicide on the day he was set to plead guilty to larceny in Hampden Superior Court.

Burnham, who was charged with larceny in connection with the theft of nearly $400,000 from the Springfield Police Department's evidence room before his retirement in 2014, handled the cash and drug evidence in Penate's case.

The complaint argues Burnham stole the money and replaced it with bills minted a year after Penate's arrest.

The former detective, who died of an apparent suicide on June 5, also delivered the drugs to the lab, where Farak handled the evidence.

The lawsuit makes no mention of the beleaguered Springfield narcotics squad, which fell under scrutiny by federal investigators last year after Officer Gregg Bigda, a defendant in Penate's case, was seen on police surveillance video hurling threats -- from violence to planting drug evidence -- at two juvenile suspects who allegedly stole an undercover police car.

The Republican obtained footage of the interrogations after public records requests were denied.

Bigda was suspended for 60 days without pay over the matter and transferred to the records department. An FBI investigation into possible civil rights violations is ongoing.

However, Bigda faces no exposure over that issue in the Penate complaint. Rather, he features as a potential whistleblower along with his former colleagues in narcotics, who according to the suit could have exposed Burnham's alleged consistent pocketing of evidence room money.

The attorney general's office, which brought the case against Burnham, was forced to drop it upon the retiree's death. However, Penate's complaint states that Bigda and others told investigators they long suspected Burnham was on the take.

Bigda, Wadlegger -- who was caught up in his own scandal when he was arrested in a prostitution sting in 2014 -- Burnham and two other detectives testified at Penate's trial, the complaint states. None made any mention of their concerns about Burnham and defended the department's integrity and professionalism, according to the lawsuit.

However, Bigda and his colleagues said their suspicions about Burnham had become a running joke in narcotics, according to investigators.

Their suspicions were correct, the lawsuit argues -- but none of the members of the narcotics unit ever brought their concerns to the Hampden District Attorney's office.

The lawsuit says Farak would await Burnham's arrivals with drug evidence in bags that were not heat-sealed according to protocols, because Burnham would wait until he got to the lab to complete that process. Farak frequently skimmed the drugs of her choice off the unsealed bags, according to Penate's complaint.

There is no suggestion either Farak or Burnham was aware of the other's alleged actions.

The five narcotics detectives, including Burnham's estate, are defendants in Penate's complaint. The city is named on the grounds of failing to supervise its officers, thus tacitly allowing the alleged embezzlement to persist.

While Burnham's and Farak's prosecutions have been highly publicized, along with the woes of the Springfield narcotics unit, the "deplorable conditions" at the Amherst crime lab have received less attention.

Ryan argues the lab was, in part, a victim of regional favoritism by Boston-centric state employees who paid little to no attention to Western Massachusetts employees or the work product there, while staff cranked out more than twice the amount of work per chemist than their counterparts to the east.

The now-closed Amherst lab was a satellite site located on the University of Massachusetts campus, while the main lab was located in Jamaica Plain. The Amherst lab was opened in the 1960s, the complaint states.

The facility tested drug evidence for law enforcement agencies free of charge in tens of thousand of cases annually and was funded by the state. Its oversight agency was the Department of Public Health at the time of the Farak fiasco -- which came on the heels of another scandal involving former Jamaica Plain chemist Annie Dookhan, convicted of faking test results in over 1,000 drug cases.

Dookhan was sentenced in 2013 to up to five years in prison and was ordered by a federal judge in June to pay more than $2 million to a Dorchester man who was wrongly convicted of a drug charge as a result of Dookhan producing false results in his case.

A federal judge has ordered former state drug lab chemist Annie Dookhan, the woman who faked test results in criminal drug cases, to pay more than $2 million to a man who was wrongly convicted on drug charges.

It was Dookhan's case that prompted a long-overdue audit of the Amherst lab, according to Penate's complaint. Audits were never conducted at the Amherst lab, even years after a national forensics team paid a visit and criticized its quality controls as sorely lacking, the lawsuit states.

Farak's supervisor, James Hanchett -- who is also named in the complaint -- took a "laissez faire" approach to lab management, according to the complaint, and there was "basically no oversight" at the Amherst lab. When he groused about having to conduct his first audit in 2008, Farak said she began panicking about a jar full of methamphetamine oil she had begun siphoning off on a daily basis since 2004, ingesting the drug along with a soda at lunch.

Farak filled the jar with water, which did not easily mix with the powerful drug. But Hanchett concluded the meth had merely "degraded," the lawsuit states. Farak simply began stealing other kinds of drugs from the lab.

Five years later, when Hanchett confronted Farak about a beaker she had begun using to cook crack cocaine at work, Farak feigned innocence and Hanchett concluded another employee allowed her daughter to use it for a science experiment, the complaint states.

Hanchett, who retired after working at the Amherst lab since the 1970s, finally called state police about the matter in 2013.

A hearing has not yet been scheduled in Penate's civil case. All defendants have been sued individually.

Rolando Penate, 62, of Springfield, is suing 18 state and city officials in a civil rights lawsuit he filed after being released from state prison when a judge overturned his conviction, citing malfeasance by an array of law enforcement officials.
http://www.masslive.com/news/index.ssf/2017/09/drug_defendant_released_after.html