Arraignment set over for suspected serial killer in 1974 murder case

Using DNA evidence from Martha Morrison's half-brother, sister and the exhumed body of her father, investigators were able to identify the decades-old remains July 7, 2015. 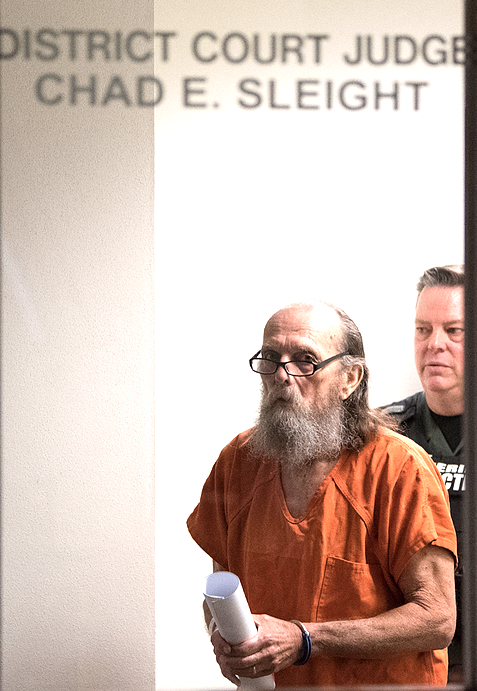 Arraignment for suspected serial killer Warren Forrest, who's accused in the slaying of 17-year-old Martha Morrison in the 1970s, was set over Friday to Feb. 7.

The 70-year-old is facing a charge of first-degree murder in Clark County Superior Court in the Portland girl's 1974 death. Her remains were found Oct. 12 of that year, by a member of a hunting party in a densely wooded area in Dole Valley. However, the body was not identified until July 2015.

That same year, investigators had a breakthrough in the cold case when blood found on an air pistol Forrest used to torture another woman in 1974 was identified as Morrison's.

On Friday, Forrest's Vancouver attorney, Sean Downs, asked to waive speedy arraignment because he wants to review some information before his client is formally charged. Judge Daniel Stahnke granted the request.

Forrest politely answered the judge's questions about waiving speedy arraignment with, "Yes, sir." He will remain in the Clark County Jail on $5 million bail.

The former Battle Ground man is suspected of killing at least six women and girls in the area. However, he's only been convicted in the murder of Krista Blake, 19, who was last seen July 11, 1974, climbing into Forrest's light blue Ford Econoline cargo van near downtown Vancouver.

Forrest has been serving a life sentence for Blake's killing since 1979 in the Washington State Penitentiary in Walla Walla.

According to court records, colleagues and supervisors of Forrest, who worked for the Clark County Parks Department, reported the man had explored Dole Valley many times and was interested in property there. The Dole Valley crime scene, where Morrison's body and the body of 18-year-old Carol Valenzuela were found, was 8 miles from Tukes Mountain, where Blake's body was found.

Morrison had gone missing in September 1974, but her disappearance wasn't noted until January 2010, when her half-brother, Michael Morrison, contacted police in Eugene, Ore. He said their father reported his sister missing years earlier, but the police report was lost. The family didn't realize it until another sister discovered the mistake.

Using DNA evidence from Martha Morrison's half-brother, sister and the exhumed body of her father, investigators were able to identify the decades-old remains July 7, 2015.