He lived about two blocks away from Bobrick and was tied to these crimes with a few key pieces of evidence; including one of his hairs found in her home. 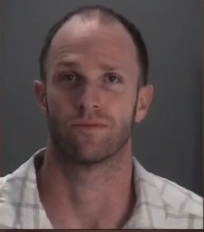 ASCO COUNTY, Fla. — A more than 14-year-old cold case murder investigation was heating up in Pasco County on Friday.

Brian Stoll, 34, was arrested and accused of beating to death 79-year-old Beverly Bobrick in 2005.

"He's a very dangerous individual," said Capt. Michael Jenkins, with Pasco County Sheriff's Office. "We are pleased that in a relatively short period of time, we were able to get him in custody."

Investigators with the sheriff's office arrested Stoll on Thursday and accused him of breaking into Bobrick's house in Port Richey early in the morning on Sept. 11, 2005. He killed her and her dog.

"It appeared his method of operation was to target homes that were unoccupied, but owned by elderly residents. He looked for cash. He looked for prescription pills, and other items of value," Capt. Jenkins said.

He lived about two blocks away from Bobrick and was tied to these crimes with a few key pieces of evidence; including one of his hairs found in her home.

"This case is not simply built on one hair. There's multiple witness testimony. This individual, after he committed this heinous crime, he was covered in blood. There were people who saw him covered in blood," Jenkins said.

Stoll is already serving a more than two decade sentence for a crime spree around the time of Bobricks death, including one incident where he attacked an elderly man inside his house.

Investigators said him being in prison was a benefit for them, so they could take their time to put together the best possible case.

"That we would have the best possible outcome with that high burden of beyond a reasonable doubt," Jenkins said.