"Investigating a cold homicide case is extremely difficult but investigating a decades-old case with no body means an extraordinary amount of legwork, patience and tenacity," 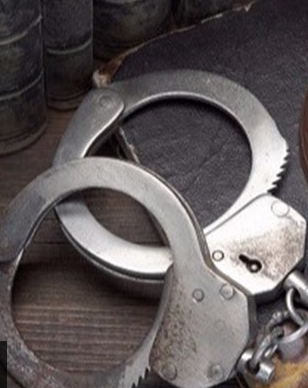 NEWAYGO COUNTY, Mich. — Nearly 37 years after a 25-year-old White Cloud man disappeared, a man has been charged with his murder.

Roy Snell, 55, was charged with the murder of Richard Atwood by the Michigan Attorney General Dana Nessel, along with the Newaygo County Prosecutor Worth Stay. Atwood's body has never been found.

Snell was arrested on March 13 in Minneapolis, Minnesota by the Minneapolis Violent Criminal Apprehension Unit, according to a press release from the attorney general's office.

Snell was extradited to Michigan from Minnesota Saturday and is expected to be arraigned on his charges at the 78th District Court in White Cloud on Monday, despite the court being closed due to coronavirus precautions.

Atwood was last seen on Aug. 10, 1983. His brown 1975 Pontiac Trans-Am was recovered in the Grand Rapids area two months later. Snell was reported as the last person to be seen with Atwood.

"Investigating a cold homicide case is extremely difficult but investigating a decades-old case with no body means an extraordinary amount of legwork, patience and tenacity," Nessel said.

She said teamwork is especially important in cold cases.

"I commend the excellent work of the Michigan State Police task force, which included Newaygo County Prosecutor Worth Stay and deputies from Newaygo County Sheriff Robert Mendham's department. We are honored to have the opportunity to pursue justice for the family and friends of Richard Atwood."

The prosecutor said one can hardly imagine what the victim's family has felt over the past decades.

"These charges are the next steps. I thank the cold case team for their hard work investigating this crime, and I thank the Attorney General for her partnership in proceeding with this case," Stay said.