A 63-year-old man was arrested Wednesday by Arvada police as a suspect in a 2002 sex assault. 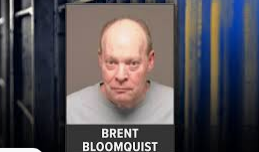 A 63-year-old man was arrested Wednesday by Arvada police as a suspect in a 2002 sex assault.

Cold case investigators used DNA evidence in the arrest of Brent W. Bloomquist, according to a news release.

"The victim made a police report, and DNA evidence was collected from the scene," the release said. "A DNA profile was developed, and Detective Michael Roemer obtained a 'John Doe' warrant so the case would not be lost based on the statute of limitations."

Investigators used a "familial DNA profile," leading to Bloomquist's arrest, according to the release. He was arrested on suspicion of sex assault and kidnapping and booked at the Jefferson County jail.