Audit shows 'years of neglect' of evidence at Dracut P.D.

The Police Department's failure to follow numerous evidence policy requirements, leading to the mishandling of property and evidence, illuminates "years of neglect" and are part of systemic issues within the agency 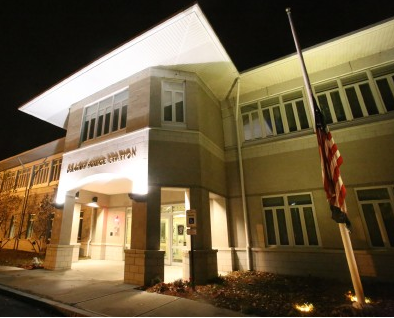 DRACUT -- The Police Department's failure to follow numerous evidence policy requirements, leading to the mishandling of property and evidence, illuminates "years of neglect" and are part of systemic issues within the agency, according to a long-awaited independent consultant's report. ​

A copy of the report, done in September 2016, was obtained by The Sun last week after a lengthy public-records fight with the town and its legal counsel.

Chief Peter Bartlett: "This is one of the challenges that Dracut police is facing as we move into the future."

Significant findings of the consultant's report as are follows:

* Evidence dating back years were kept in temporary evidence lockers;

* A large number of disposed drug cases were packaged and ready for destruction. However, no arrangements were made at that point with the state police for destruction;

* Firearms were improperly labeled. Some firearms contained evidence tags and many contained no information whatsoever;

* Evidence was inappropriately kept in cabinets in the evidence processing area..

The above findings are included in a partially redacted 106-page report from the Plymouth-based Pomeroy Resources, Inc., which conducted an on-site evidence and property review of the Police Department on Sept. 6, 7, 8, 9, and 12 of 2016. This is the latest in a series of negative headlines for the department, which has been mired in turmoil for years.

A New Hampshire consultancy that conducted an audit of the department at the town's request, found a "toxic mix of fear and intimidation" reigning inside the agency that led to "abysmal" morale.

That audit called the Police Department an agency "in deep turmoil and struggling to fulfill its mission to deliver efficient and effective public safety services to its residents... It is beset by significant internal dysfunction with a majority of the department having indicated the leadership team of the chief and deputy chief have failed to create an atmosphere and workplace that encourages inclusion, empowerment, collaboration or one that provides a clear vision for competency and success."

Kevin Richardson, who has since retired, was the chief at the time while David Chartrand was deputy, and remains so today.

Further, a longtime police officer, in a lawsuit filed last year, accused Sgt. Gregg Byam, who was in charge of the evidence room until the September audit, of purchasing and consuming illegal narcotics and participating in sex-and-drug parties at an informant's house.

A consultant with Pomeroy Resources said a spreadsheet provided by the agency contained only a fraction of the actual numbers of pieces of property and evidence. The laundry list of items located during the inventory -- but missing from the spreadsheet -- included drugs, knives, cash, forensic evidence, and tested drugs marked for destruction. The list, item per item, takes up nearly 40 pages of the report.

"It was disturbing, but we took immediate internal controls to correct some of the issues immediately in regards to following proper policies and procedures of receiving evidence, storing evidence, and categorizing evidence, and making sure we follow according to the necessary standards the checks and balances that are in place," Duggan told The Sun on Wednesday afternoon. "Back in September when this came to light, we immediately made some internal personnel changes."

Duggan said the department's new evidence officer is Sgt. Jason George. According to former interim Chief Neil Ouellette, whose last day with the police department was Wednesday, George has done an "outstanding job" and has day-to-day contact with judges and court personnel so the agency can ensure a timely turn-around of evidence and destruction.

"No one was paying attention," Ouellette said when pressed on what he feels went wrong. "They had antiquated policies, and even the antiquated policies had some guidelines that were pertinent in them, but for some reason the chain of command or the high levels of the organization weren't paying attention. It's happened all over the commonwealth. It's something that the police chief and administrators have to stay on top of."

A Middlesex District Attorney's Office review of all pending case evidence from the Dracut Police Department is ongoing, according to a spokeswoman.

"This is one of the challenges that Dracut police is facing as we move into the future, obviously with the changes that have been made recently," said Chief Peter Bartlett, who took over as the top police administrator this past week.

"Evidence is any agency's Achilles heel and we have to constantly make sure, and properly provide checks and balances contained within the policy ... that we're always doing what's right for the chain of custody on the evidence we've taken." According to the audit, temporary evidence lockers should never be used for long-term storage as evidenced by the note on one locker, indicating that one detective maintained the key.

"It was very troubling to find evidence on property dating back several years within the temporary evidence lockers," the report states.

The consultant also found that the agency did not initially use a functional evidence and property component of the Police Server software package, which is the records management system used by Dracut police.

"There are conflicting reports about why the property and evidence module was never initially utilized since Police Server was installed in Dracut in 1998," the report states. "There is information that, at some point, Police Server software upgrades could no longer be installed due to the age and lack of capability of the existing computer server in the Dracut Police Department."

The consultant recommended that the agency immediately acquire a computer server capable of handling the Police Server software and upgrade to the current version.

Ouellette said a brand new server was purchased by the town and added that the property and evidence module has been used since officials were debriefed back in September.

According to the report, findings in the evidence processing area include an open bag containing four pills, an evidence inventory sheet for marijuana with no marijuana present, and an unlabeled black box containing different-colored pills."It was very disconcerting to find evidence or property dating back to 2007 in unlocked cabinets within this room," the consultant reports.

The consultant recommends that no property or evidence should be stored within the cabinets in this room and that the room should be equipped with a small digital scale.

"I find the Evidence and Property System Review and Inventory report disturbing because it does not appear that we have learned anything from the turmoil caused by the 2003 missing marijuana case," said Selectman Tony Archinski in a written statement to The Sun, in reference to $80,000 worth of marijuana stolen from one of its locked evidence trailers. "I have always felt that until the town starts holding people accountable, nothing will change, and we run the risk of losing criminal cases."Follow Amaris Castillo on Twitter @AmarisCastillo.

DRACUT -- The Police Department's failure to follow numerous evidence policy requirements, leading to the mishandling of property and evidence, illuminates "years of neglect" and are part of systemic issues within the agency, according to a
http://www.lowellsun.com/news/ci_30969912/audit-shows-years-neglect-evidence-at-dracut-p