"Failure to provide adequate management controls and procedures may lead to lost, stolen or compromised evidence as well as a loss of public trust," auditors wrote. 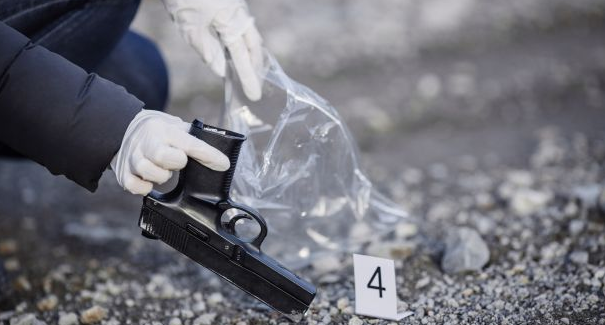 SALT LAKE CITY — Unsecured evidence storage systems in Utah courts put guns, money, drugs and other items at risk of being stolen or tampered with, a new state audit says.

In its review of six district courts and three juvenile courts, the state auditor's office found that some failed to take regular inventories, control and document access, use security measures such as cameras and alarms or protect evidence from damage.

"Failure to provide adequate management controls and procedures may lead to lost, stolen or compromised evidence as well as a loss of public trust," auditors wrote. The audit did not identify the courts.

None of the court clerks or exhibit managers — those charged with evidence storage and safekeeping — that auditors interviewed were aware of an inventory, self-audit or independent audit ever being performed, according to the report.

Auditors found that none of the nine courts maintain access logs. Most did not have multiple requirements to enter the evidence room such as a personnel card or biometric identification and four room were accessible with just a hard key, leaving no audit trial.

Some clerks use an electronic management system to account for evidence, though it's not capable of generating an inventory list, the report says. Others rely on handwritten logs or notes to track and find items.

Guns and drugs have the greatest likelihood of being stolen when they're no longer needed for a case and waiting to be destroyed. Those things could be taken directly from the storage room or during the destruction process, auditors wrote.

Some of the courts didn't have documentation for the disposal of evidence. Auditors found several records of guns, drugs and money that incorrectly described them as destroyed or released.

Auditors learned that one previous exhibit manager disposed of "a lot of firearms and narcotics" by loading them in a car trunk and returning them to various police agencies. The current manager could not provide records showing those guns and drugs were destroyed.

Evidence managers don't know how to properly handle, store or dispose of drugs or weapons, according to the audit.

Auditor saw an open box marked "biohazard" containing items from a meth lab and a crystal substance sitting on a shelf in one evidence room. On another occasion, an exhibit manager spilled white powder on a desk while showing auditors the contents of a box that contained several drugs. Auditors also found leaky packages in a cabinet where drugs were stored.

At one courthouse, auditors saw water leaking into the evidence room and a fan was being used to dry the carpet. When auditors returned four months later, nothing had changed.

Rules for handling and safeguarding evidence during trials or other court hearings aren't clear, which could lead to items being lost, stolen or tampered with, auditors wrote. Some clerks ask bailiffs to store the items, which often is done in closets in or near the courtroom without documentation and to which many others have access.

Mary Noonan, state courts administrator, wrote in response to the audit that evidence rooms throughout the state have now been secured. Clerks are also compiling inventories in both the district and juvenile courts. The courts are also drafting "detailed" evidence and inventory policies, she wrote.