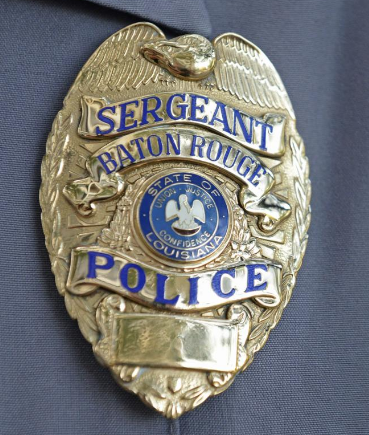 A narcotics officer with the Baton Rouge Police Department was booked into jail Friday night, accused of stealing drugs seized as evidence and giving them to his friend.

The officer was identified as Corporal Jason Acree, 34, a narcotics detective who has served with the department for the past 12 years. He was booked into jail Friday evening.

The arrest came after another officer witnessed Acree stealing marijuana that had been seized as evidence during a recent narcotics investigation, according to his arrest warrant. Acree admitted to the other officer that he was planning to give the drugs to his friend, the warrant says.

Chief Murphy Paul announced the arrest in an email to his subordinates Friday evening, acknowledging the news would "bring unwanted attention and scrutiny to our department."

"After a thorough investigation into allegations of police corruption, the heartrending but necessary decision was made to arrest another Baton Rouge police officer," Paul wrote. "The actions of these officers are indefensible."

The prior arrest he referenced was announced several weeks ago. Corporal Jeremiah Ardoin was arrested for more minor alleged crimes involving stolen property. The department did not disclose details of the case.

Ardoin had served 12 years and was assigned to the BRPD Criminal Investigative Bureau. Officials said he was placed on administrative leave pending the outcome of an internal investigation and was issued a misdemeanor summons — which allowed him to avoid being booked into jail, signaling less serious charges.

His case is ongoing and he remains on administrative leave, officials said Friday. It remains unclear whether the two arrests are related, or whether additional arrests are forthcoming.

"These officers are NOT a representation of you and your extraordinary efforts," Paul told his department in the email. "I thank you for your dedication and sacrifice."

Police spokesman Sgt. L'Jean McKneely Jr. said the investigation into Acree was launched after BRPD leaders received a complaint from inside the department about "possible criminal wrongdoing and corruption within the BRPD narcotics division" but did not provide additional details or documents.

However, the warrant says detectives searched the home of the friend who allegedly received the drugs from Acree. The friend later admitted to police that Acree had brought him marijuana and THC vape pens on several occasions for his personal use, according to the warrant. The friend said he knew Acree was a narcotics officer but was unaware where the drugs were coming from, the warrant says.

Acree was booked into jail on possession with intent to distribute marijuana and malfeasance in office. This is not his first time facing allegations of misconduct on the job.

A lawsuit filed against Acree and another officer several years ago resulted in the city of Baton Rouge paying $25,000 to a man who alleged he was unlawfully beaten and strip-searched during a 2014 marijuana raid. The lawsuit ended in a jury trial and received significant media attention.

The jury found, among other things, that the city showed "deliberate indifference" toward an apparent custom by officers of performing warrantless strip searches.

Brett Percle, who filed the suit, said Acree was the supervising detective during the raid and authorized the strip search. Acree did not have a warrant for a body search, though he had one to search the house, and Percle wasn't ultimately arrested or accused of any crimes. Another officer, Robb Moruzzi, was accused of knocking his teeth out during the raid. Moruzzi also remains on the force.

The police chief at the time, Carl Dabadie, later admitted his officers made some mistakes on that scene, saying the department would reevaluate its policies on warrants and strip searches.

1 BRPD officer arrested for stolen property, another for drug dealing: How the cases are connected

A narcotics officer with the Baton Rouge Police Department was booked into jail Friday night, accused of stealing drugs seized as evidence and giving them to his friend.
https://www.theadvocate.com/baton_rouge/news/crime_police/article_7faf706a-7895-11eb-950a-8f567c555da2.html
Tweet
How do you feel about this post?
Happy (0)
Love (0)
Surprised (0)
Sad (1)
Angry (0)
Tags:
STEALING DRUGS OFFICER ARRESTED
3 Polk deputies accused of tampering with evidence...
Sterling Police Department to bank money from evid...
Comment for this post has been locked by admin.