Other officers allegedly found a chain of custody form and an evidence bag with a broken seal in a trash can near Harrell's post. 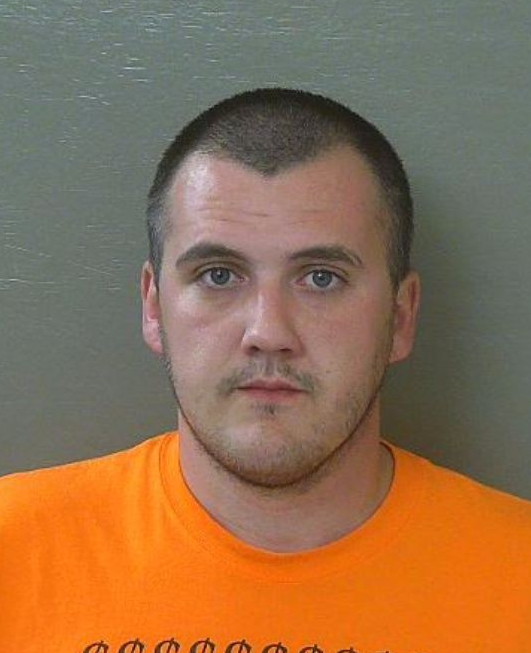 A Century Correctional Institution officer has been arrested for allegedly stealing drugs from an evidence locker.

Joshua Harrell, 26, reportedly went into the prison's work camp evidence storage area on Sept. 15 and said he needed to make sure he had signed a piece of paperwork.

The officer working in the evidence area said she left the room to take a phone call and when she returned, it looked like Harrell had put his hand into his pocket.

She said Harrell secured the locker again, went to the restroom and then went back toward his post.

Other officers allegedly found a chain of custody form and an evidence bag with a broken seal in a trash can near Harrell's post. Soon after his break, Harrell could be seen wobbling as he walked into a restroom and then vomited inside, according to his arrest report from the Florida Department of Corrections' Office of the Inspector General.

The evidence Harrell had allegedly taken was synthetic marijuana, or K2, that had been found on an inmate. The sergeant who completed the paperwork on the evidence told investigators he had not given anyone permission to remove the evidence from the locker.

Harrell was interviewed the same day, Sept. 15, and reportedly told authorities he had entered the evidence area to check on paperwork, but said he didn't remove anything.

Harrell was booked into the Escambia County Jail on May 13 and was released the next day on a $7,500 bond for one count each of theft and tampering with evidence.

Officers allegedly found a chain of custody form and an evidence bag with a broken seal in a trash can nearby Harrell’s post.
https://www.pnj.com/story/news/crime/2018/05/23/century-ci-officer-arrested-allegedly-stealing-drugs/636179002/
Tweet
How do you feel about this post?
Happy (0)
Love (0)
Surprised (0)
Sad (0)
Angry (0)
Tags:
stealing drugs evidence locker officer arrested
Gwinnett deputy resigns amid investigation into mi...
Expert: Utah case shows drugs a problem in police ...