WICHITA, Kan. (KWCH) - Wichita city leaders addressed concerns about potential problems with the Wichita Police Department's Property and Evidence facility on Monday. It comes after 12 NEWS sent an open records request for information on the concerns.

Wichita City Manager Robert Layton said the concerns date back to 2020... when then Wichita Polic Chief Gordon Ramsay recommended an independent audit of the Wichita Police Property and Evidence operation.

By January of 2021, ECS, the independent company that performed the audit found a number of potential problems with the police department's property and evidence system. Those issues included the tracking and recording of evidence, structural and environmental concerns with the building, lack of routine audits and inventories... and the need for additional staff and training.

After the audit, the police department began to identify ways to address the problems, including an internal audit and inventory, additional staff training, revising policies and procedures, and more.

The Wichita city council voted to add two positions to help look at the issues in 2021, but Layton said his office didn't learn about all of the specifics, or just how big the issues were until this month (September 2022). He called the delay in implementing solutions "unacceptable." Mayor Brandon Whipple said the focus right now is on fixing the problems.

"My concern right now is righting the ship, getting us in the right direction, and making sure we are following the best practices when it comes to not just evidence, but overall policing with our force because, frankly, the people of Wichita deserve nothing less," said the mayor.

The city said it is creating a phased list of solutions for handling property and evidence, including a complete warehouse inventory, an inventory of cash being held, and a potential purge of some items, updating the facility for better security and safer storage, updating evidence lockers, and verifying the tracking of guns, drugs and jewelry.

Layton said interim Police Chief Troy Livingston and an internal auditor will begin working to implement the aforementioned items. Further work will likely fall on a new chief once they are hired by the city.

A an email obtained by 12 News FactFinder, in May 2021, Ramsay emailed Layton, outlining the many issues the auditor found.

"There is a huge amount of evidence and there are not adequate resources to manage this volume," Ramsay said.

This also raised concerns about how money in evidence is handled.

"Again, that's how... I'm only as good as the people I work with, right?" Layton said. "And in that case, the chief. And I think the chief was making an honest effort to get the right staffing in place to be able to move forward, and so what he said is, 'I need these two positions.' Knowing the financial position we were in, we knew we weren't going to be able to add four positions immediately. That's why we added two immediately and then said to the council, 'we're going to have to add more going forward.'"

"Once you identify the problem, that's the first step to finding the solution," Whipple said. "That's why we not only want to empower the administrative side with the resources they need to truly tackle but also add that extra layer of transparency and accountability by having a task force oversee that as well."

The city said it's creating a phased list of solutions, including going through current evidence and purging of some stored items, updating the facility and more. The WPD said doing this will take more staff, which means it may have to pull officers from the streets to help.

Sedgwick County District Attorney Marc Bennett addressed concerns about how the evidence-storage problems could impact cases. He said he was made aware last week about the audit and since it was issued, his office has handled thousands of hearings and has no instances where evidence was lost, misled or missing.

"Last Wednesday, I was made aware of the audit and the findings related to the WPD's Property and Evidence section. Over the past year and a half since the audit was issued, my office has handled thousands of hearings in the district court. We have had no instances where evidence was lost, mislaid or missing. Just last week, I tried a murder trial myself and all the evidence was where is was supposed to be. That said, the inability of the WPD's new records management system to sufficiently track evidence being brought into P&E is an issue—one that requires the full attention of city management and the Wichita Police Department. I am confident that leadership at the city understands the gravity of the situation and will take all necessary steps to attend to the issue."

Copyright 2022 KWCH. All rights reserved. To report a correction or typo, please email 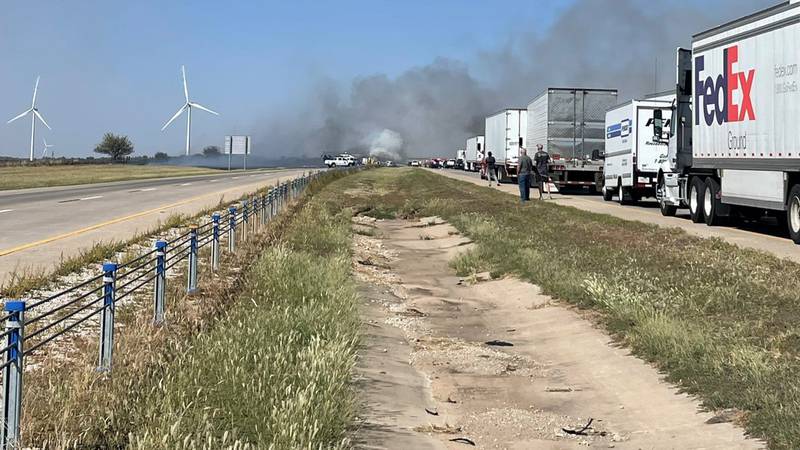