In a case cracked through the use of "familial" DNA, law enforcement officials Monday identified a man believed to have committed the 1976 murder of Karen Klaas, the ex-wife of singer/songwriter Bill Medley of The Righteous Brothers. 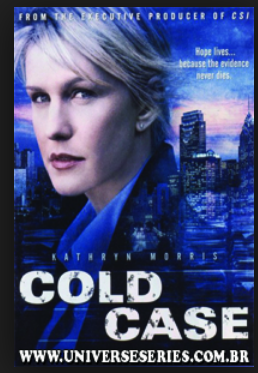 In a case cracked through the use of "familial" DNA, law enforcement officials Monday identified a man believed to have committed the 1976 murder of Karen Klaas, the ex-wife of singer/songwriter Bill Medley of The Righteous Brothers.

The 32-year-old Klaas was allegedly killed by Kenneth Troyer, sheriff's officials said. Troyer, who allegedly committed a number of sexual assaults and robberies, was fatally shot by law enforcement authorities in Orange County in March of 1982.

The familial DNA technique allows investigators to search law enforcement databases to identify likely relatives of the person who may have committed the crime.

A sheriff's detective said a "first degree relative" was the source of the DNA sample — collected six years ago — that led to the identification of Troyer. An example of such a relative is a father or son.

Klaas, who had remarried, had dropped off her 4-year-old child by her new husband at day care on Jan. 30, 1976, and went to her Hermosa Beach home, according to the sheriff's department.

Neighbors — concerned when they could not contact her — called police. She had been strangled, beaten and raped, authorities said. She died several days later.

A man was seen leaving her home around the time of the crime, but her killer was not found. Her husband was ruled out as a suspect, authorities said.

Medley was among those joining sheriff's officials at a downtown Los Angeles news conference announcing the identification of the suspect.

"It's been a long road, and we're just thrilled that we can close the book," Medley said.

Sheriff Jim McDonnell said the case demonstrates the "bulldog" nature of homicide detectives who refused to give up on the case, even after an initial familial DNA search in 2011 failed to turn up any possible suspects. Detectives requested another search in 2016, which led to Troyer, he said.

"The familial DNA search is the only reason Troyer was identified in this horrific crime," McDonnell said.

District Attorney Jackie Lacey said using familial DNA is a "last resort" tactic that is only used in select cases, and only after all other investigative avenues have been exhausted. She said she hopes the identification of Troyer brings closure to Klaas' family.

"I cannot imagine the pain you've endured over the years of waiting for this devastating crime to be solved," she said.