Troopers interviewed Branch at his Arkansas home on Aug. 3, when he denied involvement and refused to voluntarily provide a DNA sample. A half-hour after troopers left, they said, he killed himself. 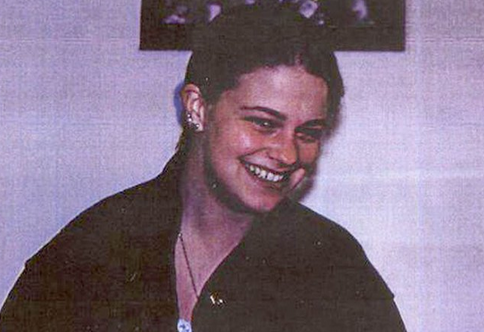 ANCHORAGE, Alaska – A DNA match has solved the strangulation murder of a teenager in southeast Alaska, a case that was cold for 24 years and saw another man acquitted of the crime after confessing, Alaska state troopers said Tuesday.

DNA obtained from Steve Branch, 66, of Austin, Arkansas, at an autopsy matched that of a sample left at the scene where Jessica Baggen, 17, was sexually assaulted and killed in Sitka in 1996, troopers said.

Troopers interviewed Branch at his Arkansas home on Aug. 3, when he denied involvement and refused to voluntarily provide a DNA sample. A half-hour after troopers left, they said, he killed himself.

A warrant was obtained to collect DNA at the autopsy, which came back Monday as a positive match to the sample collected at the crime scene.

"While Branch will never face a jury of his peers in this case, we can finally say that Jessica's case is solved," Alaska Department of Public Safety

Baggen disappeared on May 4, 1996, a day after her 17th birthday. She vanished in the early-morning hours while walking home from her sister's residence.

Two days later, her body was found buried in a hollowed-out area under a fallen tree in a wooded area near the campus of the former Sheldon Jackson College, troopers said.

Within days a man confessed. Troopers said that while there was circumstantial evidence, no physical evidence connected the man to the case. He was found not guilty of all charges.

Over the years, DNA comparisons have cleared more than 100 other potential suspects.

Hoping to give the case new life, a DNA sample was uploaded to a public genealogy database in February 2019. By the end of last year, Branch emerged as a new suspect, troopers said. About the same time Baggen was killed, the investigation found that Branch was arrested in the sexual assault of another teenager in Sitka. He was acquitted at trial. In 2010, he moved to Arkansas.

Earlier this year, police in Sitka obtained discarded DNA from one of Branch's relatives. The DNA analysis in May determined Branch was most likely the source of the DNA found on Baggen's clothing and body, leading troopers to visit Branch in Arkansas.

A DNA match has solved the strangulation murder of a teen in Alaska, a case that was cold for 24 years and saw another man acquitted of the crime.
https://www.usatoday.com/story/news/nation/2020/08/12/alaska-cold-case-murder-jessica-baggen-17-solved-using-dna/3352772001/
Tweet
How do you feel about this post?
Happy (0)
Love (1)
Surprised (0)
Sad (0)
Angry (0)
Tags:
West Coast cold case murder
Reno agrees to settle wrongful conviction lawsuit ...
Anne Arundel County Police Officer Arrested After ...