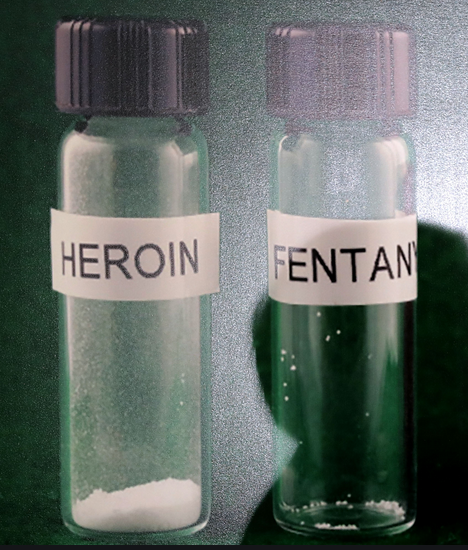 A Los Altos police officer was in stable condition Monday (Aug. 12) at a local hospital after being exposed to the narcotic fentanyl earlier in the day, according to press releases from the Santa Clara County Fire Department and the Los Altos Police Department.

At approximately 9:24 a.m. Monday, the county fire agency received a call of a possible fentanyl exposure at the police station, located at 1 N. San Antonio Road. Fire officials reported that an unnamed officer received medical care "out of an abundance of caution."

In its release, County Fire noted that fentanyl is a "strong, synthetic narcotic that is estimated to be 80-100 times stronger than morphine." Because of the severity and strength of fentanyl, exposure to even trace amounts of the drug through people or contaminated items can lead to serious health effects such as slowed respiration, reduced blood pressure and a loss of consciousness, the release stated.

As of 11 a.m. Monday, County Fire's hazardous materials team was working with the police department to "ensure the substance is isolated and the facility is safe," the release said. At approximately 12:45 p.m., Los Altos Police Capt. Scott McCrossin confirmed that all assisting agencies had left the scene and it was no longer active. Hazardous materials teams quarantined the area and coordinated remediation.

Around noon, Los Altos police issued a news alert confirming that three officers were exposed to fentanyl while processing evidence. Emergency medical services personnel determined that all exposed were asymptomatic, but after their diagnosis, one officer felt ill and was taken to the hospital for further evaluation.

Although McCrossin did not have an estimate of what time the exposure took place or when County Fire arrived on scene, he reported that the call was made as soon as the officer most affected voiced not feeling well.

"The call was probably instantaneous, because we don't take any risks when it comes to exposure to fentanyl," McCrossin said.

The captain added that the fentanyl was being tested in the evidence room at the time of exposure; police would not discuss the crime the narcotic was associated with because the investigation is ongoing.

McCrossin declined to identify the officer being treated, as well as the other two exposed, but he said a team was at the hospital keeping the officer company.

"The officer did not lose consciousness as far as I have heard; the only symptom was that they did not feel well," McCrossin said. "Nothing got worse at that point."

McCrossin added that this was the first fentanyl exposure in the department's history. Although the agency stocks NARCAN – a medication that treats narcotic overdose in emergency situations – and is trained on how to administer it to members of the public and fellow officers, the antidote was not administered due to all three officers being labeled asymptomatic

"They had no symptoms consistent to exposure, but we wanted to make sure to take care of them because you never know," he said. "We are well trained to look out for the symptoms and take precautions, but there are still a lot of unknowns about fentanyl. We are still learning about it, learning more from one another."

The captain requested that thanks be expressed to the responding agencies and to local residents, who were already demonstrating support through "an outpouring of thoughts and prayers" on Twitter.

A Los Altos police officer was in stable condition Monday (Aug. 12) at a local hospital after being exposed to the narcotic fentanyl earlier in the day, according to press releases from the Santa Clara County Fire Department and the Los Altos Police Department.
https://www.losaltosonline.com/news/sections/news/200-police-fire/60598-county-firefighters-respond-to-first-recorded-fentanyl-exposure-at-los-altos-police-station
Tweet
Tags:
West Coast evidence room fentanyl exposure
×
Stay Informed