County Prosecutor Quiet About Cop Who Stole Drugs From Evidence 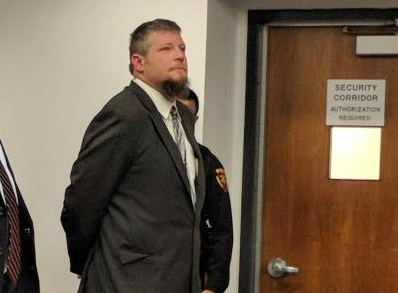 SOUTH AMBOY, NJ—A cop who put dozens of people behind bars on drug charges is now trying hard to avoid a prison sentence of his own after getting caught stealing heroin from evidence.

The Middlesex County Prosecutor's Office (MCPO), which is still working with the crooked cop to make other cases, has managed to keep the full extent of Barcheski's crimes largely under wraps.

Unlike most cases involving police officer defendants, the MCPO did not issue a press release upon Barcheski's guilty plea, nor did they outline a timeframe of when his crimes occurred.

Instead, the sole public statement issued by the MCPO regarding the investigation acknowledged only the theft of cash from the South Amboy Police Department (SAPD) evidence unit.

County Prosecutor Andrew Carey has remained silent about the case ever since the February 23, 2017 statement was issued, citing approximately $3,000 allegedly stolen by Barcheski and conveniently failing to mention the theft of heroin.

But New Brunswick Today has obtained court records that show Barcheski admitted to taking both money and heroin from the SAPD's evidence locker between January 1, 2014 and February 8, 2017.

An inside source said that the State Police had tested drugs contained within the department's evidence unit, finding that someone had been replaced with "fake powder."

The source appears to be correct, according to the four-count accusation that Barcheski pleaded guilty to on September 7, 2017.

Count four, tampering with evidence, makes reference to Barcheski devising, preparing or offering "envelopes formerly containing Heroin re-taped to look like full envelopes of Heroin, knowing them to be false."

A favorable plea deal resulted in the dismissal of the most serious charge against him: second-degree official misconduct, which carries a mandatory five-year minimum prison sentence.

The deal between prosecutors and Barcheski instead involved him pleading guilty to two counts of third-degree theft by unlawful taking, as well third-degree heroin possession and fourth-degree tampering with evidence.

In addition to forfeiting his public employment and making restitution in the amount of $15,860.30, the plea deal also calls for Barcheski to "actively co-operate w/ MCPO in the prosecution of all pending South Amboy matters."

Even though he still pleaded to charges that could lead to a maximum sentence of more than sixteen years in prison and fines of over $55,000, the proceedings before Judge Toto reveal that Barcheski may be destined for "drug court," a program meant to steer addicts towards treatment in leiu of prison.

The accusation that Barcheski pleaded guilty to reveals that one of the theft counts was originally listed as "2nd DEGREE" before being altered to read "3nd DEGREE."

At a court appearance on February 23, one Assistant Prosecutor called for him to be drug tested not long after another AP greeted him warmly with a hug and referred to him as "honey."

The reason Judge Toto ordered an immediate drug test for Barcheski—which he passed—was that his wife wrote a letter to prosecutors claiming that he had been driving erratically with their children in the car, and that she believed he had gone back to using heroin.

Toto ultimately ordered Barcheski is not allowed to be behind the wheel if his children are in the car until further notice.

Barcheski began his law enforcement career with the notorious Middlesex County Sheriff's Office in 2003, during the reign of corrupt ten-term Sheriff Joseph Spicuzzo, who pleaded guilty to selling cop jobs in 2012.

It's not the first time that Barcheski, who joined the South Amboy PD in 2005 and served as a member of the county's Special Operations Response Team (SORT), finds himself on the wrong side of the law.

In 2007, he faced criminal charges of aggravated assault and harassment, but the charges were administratively dismissed. It's unclear if the charges, which came out of the City of South Amboy, were related to his job as a police officer.

His attorney, Jeff Ziegelheim, was unaware of the previous criminal charge against his client and seemed more concerned about the fact this reporter was able to access information about it using an online system called Promis/GAVEL.

Nevertheless, Ziegelheim insisted he had no knowledge of the 2007 charge saying, "I think you got bad information."

After a scheduled hearing on April 20 was cancelled without explanation, Barcheski's next scheduled court appearance is for sentencing on May 17 before Judge Robert Jones.

Editor's Note: Editor's Note: The author of this article has a pending complaint against County Prosecutor Carey before the Middlesex County Ethics Board.