Couple stole cash from Bradenton police. She got probation, he’s going to jail

The Zaagmans paid $24,800 in restitution prior to Monday's hearing, though they were initially suspected of stealing nearly $30,000 from the
police department from 2011 until 2015. 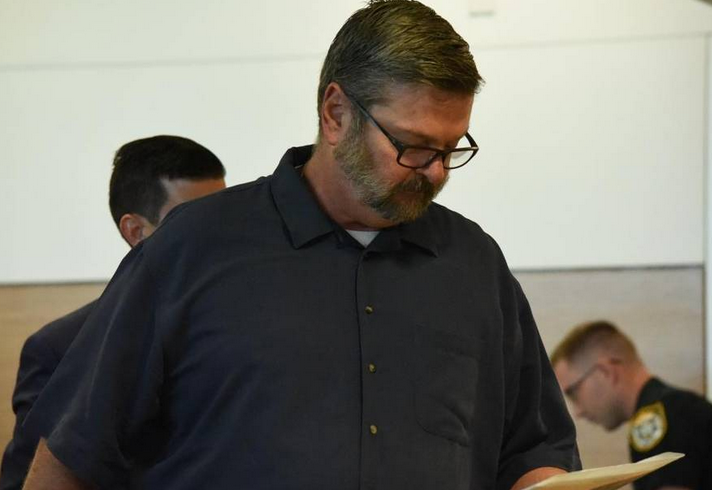 The husband-and-wife duo who bilked the Bradenton Police Department out of tens of thousands of dollars pleaded guilty to a second-degree felony scheming to defraud charge on Monday morning after Judge Susan Maulucci refused to accept a no-contest plea.

Both Jake and Cynthia Zaagman remained fairly stoic at the sentencing portion of their hearing, speaking only when spoken to and offering no apologies for their actions.

The Zaagmans paid $24,800 in restitution prior to Monday's hearing, though they were initially suspected of stealing nearly $30,000 from the police department from 2011 until 2015. Jake Zaagman retired from his position as civilian administrator in August of 2015. He was responsible for overseeing the department's records management system and Information Technology and Property and Evidence sections.

Bradenton police, with the assistance of the FBI, conducted an 11-month long investigation in 2016. Cynthia Zaagman retired from administrative services in February 2016, at the onset of the investigation, and both had worked for the department since 1983.

Prosecutor Lisa Chittaro said the couple's long tenure with the police department and eventual "criminal activity was a betrayal of trust. This couple was treated like family by the Bradenton Police Department for more than 30 years. Those two people chose to cross that line."

Maulucci agreed, questioning why the state was seeking a lesser sentence for Cynthia Zaagman. Chittaro said the plea deal was in line with other cases of "inside jobs, and I suspect there will be collateral consequences the Zaagma's will have to live with for the rest of their lives."

One immediate consequence is the full forfeiture of their retirement pensions, she said, as well as being convicted felons.

Jake Zaagman stole cash from the seizure and forfeiture funds and his wife would then "cook the books" before other funds were deposited into the department's bank account, Chittaro said.

As part of the investigation, an audit of more than 30,000 items stored within the property and evidence room at the BPD completed in May 2016 concluded that no property, evidence or money belonging to anyone outside the department was taken. No evidence or cases were compromised as a result of the thefts, according to the audit.

Bradenton Police Chief Melanie Bevan made the investigation public in September of 2016 after it was leaked during a Sept. 15 mayoral debate by candidate Warren Merriman, who had been fired in January of 2015 from his position as deputy police chief. The couple was charged in early February.

Jake and Cynthia Zaagman enter a plea for their role in missing funds from the Bradenton Police Department.
http://www.bradenton.com/news/local/crime/article149248019.html
Tweet
How do you feel about this post?
Happy (0)
Love (0)
Surprised (0)
Sad (0)
Angry (0)
Tags:
stolen money Big Three: Chain of Custody assault  kits altered evidence
ARLENE VIOLET - ‘Monkey business’ at NP Police
Nebraska trooper charged with theft from patrol fa...
Comment for this post has been locked by admin.