"The potential is they did not have all the paperwork on their case when they went through the criminal justice process," 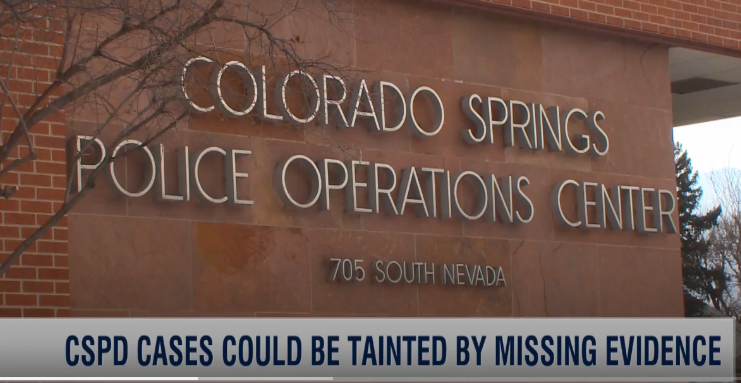 COLORADO SPRINGS, Colo. (KKTV) - Colorado Springs Police admit there are around 150 felony criminal cases that could be tainted by missing evidence. On Friday, the department revealed the results of an internal audit conducted in early 2020. CSPD discovered there is a chance a number of felony cases went through the courts without all of the police paperwork.

"We realize we have a potential issue, and we're coming out to the public to tell them this is what we found," said Lt. John Koch.

CSPD tells 11 News they are revealing their internal audit to be transparent with the public. They found a number of felony investigations assigned to the Metro Vice, Narcotics, & Intelligence Division may not have been properly discovered to the District Attorney's Office.

"The potential is they did not have all the paperwork on their case when they went through the criminal justice process," said Lt. Koch. "Potentially documents may not have gone out on some of those cases."

The police department believes less than 150 criminal cases are involved. They were handled by Metro VNI in 2018 and 2019. They are calling it a "small" number.

Defense attorney Jeremy Loew says it's a big problem. Anyone charged with a crime needs to see all of the evidence. They have a right to it.

"if there's any information that's exculpatory, witness statements, fingerprints, DNA, anything that would help make my client not guilty, I would want that information and I would use that to go forward," said Loew. "Because they did not have this information, they could withdraw their plea or be offered a new trial."

Colorado Springs Police will not disclose any of the involved investigations. They will say they include drug possession, distribution, and other related offenses. They do not include Victim Rights Act crimes where a person was a victim. For example, homicide, assault, domestic violence cases, sexual assault, etc.

CSPD tells 11 News this does not happen often, but it has happened before in 2017. They started a case management system to catch any flaws the same year. Now, they have added a new process for case review at the supervisor level, and will continue audits every three months.

A review of the 150 Metro VNI cases is ongoing. CSPD plans to start a department-wide audit in March.

"A lot of times people look at the police department as only being involved in arresting people, but it's just as important for us to ensure that the rights of the accused are protected, and that's what this is for us," said Lt. Koch.

CSPD and the District Attorney's Office are working to notify any affected defendants and their defense counsel. If your case is involved in the audit, they will notify you.