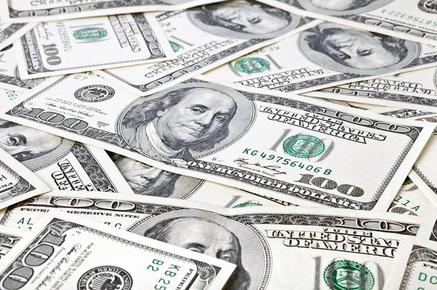 Dallas Chief of Police U. Renee Hall disciplined nearly two dozen former vice officers Wednesday for mishandling department money used in gambling operations and for not delivering evidence in those cases to the property room.

The investigation into suspected malfeasance began three years ago and though no criminal violations were found the department said violations of policy occurred in documentation.

"Members of this unit admitted to replacing confidential funds with gambling winnings and failed to place evidentiary or seized money and/or property into the property room, per departmental policy," the department said Wednesday. " Due to poor, or lack of any documentation, this investigation was unable to verify how detectives accounted for monetary gambling winnings, confidential funds or how they disposed of gambling machines."

The department issued suspensions between three days and 20 days to 22 officers Wednesday. Another officer received a reprimand in the case several months ago.

"We have just a shoot in the dark type of discipline," said National Latino Law Enforcement Organization Dallas Chapter President George Aranda. "No rhyme or reason. And nobody is holding our command staff accountable."

According to an executive summary dated June 19, 2019, the Internal Affairs Division reviewed 146 search warrants executed by vice between January 2016 and November 2017. Investigators found multiple policy violations were discovered including:

Investigators said due to "poor, erroneous, or no documentation of expenditure or investigative activity" they were unable to determine the total amount of money won or spent during the gambling investigations or the amount of evidence that was failed to be placed into the property room.

The vice detectives told investigators they replaced their loss of confidential funds with gambling winnings and only used property or money obtained during an investigation to further vice investigations or for departmental purposes. They also said they only used seized property after it had been awarded to the department by a civil asset forfeiture hearing.

No officers were terminated in the vice investigation and no criminal violations were sustained.

The department's vice unit was disbanded in November 2017 by Chief Hall shortly after she arrived from Detroit. The vice officers were transferred to other duties in the police department.

"A lot of them have been detectives for almost two years, filing cases, writing search warrants, putting bad guys in jail. But you're going to hold them to discipline like they did today? It's an embarrassment." Mata said.

For the year the unit was disbanded, the department said vice crimes were being investigated at substations but the union leaders said it was not the same as the work of an actual vice unit.

"I'm not saying there didn't need to be fixes, but how they did it was wrong," Mata said.

The unit was completely overhauled and new vice officers were appointed in November 2018 to undergo extensive training.

Aranda said the new unit uses many of the same money handling procedures as the old one. "Vice has continued doing the same thing," he said.

Aranda said the most serious 20 day suspension was issued to former Deputy Chief Gil Garza who was demoted by Chief Hall to lieutenant in a November 2017 command staff reorganization.

"We are disappointed in the actions of these officers, supervisors and the leadership team as a whole, but will use this experience to provide better oversight and efficiencies in the future," said Assistant Chief Avery Moore.

"Ethics and integrity define who we are as a police department," said Police Chief Reneé Hall. "We must always operate with the highest level of integrity to ensure that we maintain trust and strong relationships with the residents we serve. Though not popular, these actions were necessary to create a more efficient department and bring us closer to our goals as a world class department."

The union leaders said the suspended officers will appeal their punishment.