"they noticed that $3,500 that was supposed to be locked away in evidence 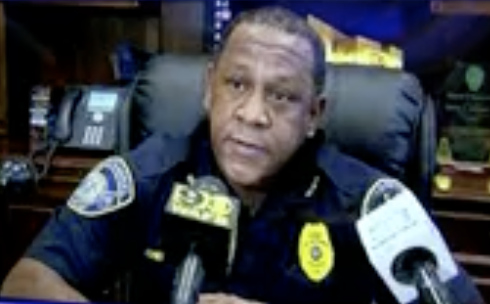 According to Iberville Sheriff Brett Stassi, search warrants were issued in connection to missing evidence in a 2019 double homicide case the DA's office asked deputies to pursue.

On Thursday, the Iberville sheriff's office said it has seized phones and laptops from the St. Gabriel department as part of the raid.

"Several people had access to [the electronics], and we are looking into all of those people," Stassi said.

Investigators plan to comb through those devices hoping for leads that might help them find the missing evidence.

Sheriff Stassi said when the district attorney's office started looking through the case, they noticed that $3,500 that was supposed to be locked away in evidence was gone."Some money that was taken out of the vehicle where the people were killed, and it was placed in evidence. As the DA prepared to go to court, he checked the evidence and some of the money could not be located," he said.

Deputies executed two search warrants Wednesday for Chief Ambeau's home and office. The sheriff's office involved the FBI in the case, but agents did not help execute search warrants.

The double homicide trial is set for August 8th. Even without the evidence, Stassi says the case will still go to court.

"Hopefully we will have done enough to keep the homicide case prosecuted. Any wrongdoing we or the FBI finds will be prosecuted also," Stassi said.