Deputy Cory Richey was arrested last week as he arrived to work and later booked into jail; a Superior Court judge on Tuesday ordered him to enroll in a drug treatment program

A veteran sheriff's deputy accused of taking prescription drugs from a drop box in a sheriff's station pleaded not guilty in San Diego on Tuesday to burglary and drug possession charges.

Deputy Cory Richey, 39, was arrested at 7:30 a.m. Friday as he arrived to work. He was suspended without pay in light of the allegations, sheriff's officials said.

During Richey's arraignment in Superior Court, Deputy District Attorney Cal Logan said that on several occasions the deputy accessed a patrol station after hours and took medications from a box where community members can dispose of prescription drugs.

After the arraignment, Logan declined to say specify the station. The Sheriff's Department keeps drop boxes for unwanted prescription drugs at various facilities across the county.

If convicted, Richey faces up to 13 years and six months in jail.

On Tuesday, Judge Laura Halgren released him on his own recognizance and required him to enroll in a residential drug treatment program, among other conditions. Richey was expected to walk out of jail Tuesday evening.

His attorney, Earll Pott, said his client has served "honorably" in the Sheriff's Department for about 15 years. Pott added that there was no evidence of drug sales or distribution in the case.

Logan told Halgren he was concerned about the amount of prescription drugs taken from the station, although he did not specify a quantity. The prosecutor said it is possible Richey was selling the drugs and that the investigation is ongoing.

The department has declined to say where Richey was assigned. According to Transparent California, a public pay and pension database, Richey was paid about $150,000, not including benefits, in 2021 as a deputy in the detentions and court services division.

In a statement Friday, the Sheriff's Department said it does not tolerate criminal activity from employees and investigates all allegations of misconduct.

"We hold our employees accountable for decisions made and actions taken," the department said.

The episode is the latest criminal case against a deputy.

In June 2021, former Deputy Jaylen Fleer was sentenced to 12 years in state prison for illegal sex acts with a 14-year-old girl and interactions on social media with dozens of other teenage girls.

Months earlier, in March 2021, former Capt. Marco Garmo was sentenced to two years in prison for using his badge to skirt state and federal law and run a profitable side business selling "off-roster" law enforcement-only firearms to the public. Garmo, who ran the Rancho San Diego station, illegally bought and sold some 104 guns over a six-year period, even after he was issued formal warnings to curtail his activity.

Garmo's lieutenant was also charged in the gun case, and the role of two deputies is being investigated.

Former Deputy Richard Fischer was sentenced to 44 months in jail in 2019 after pleading guilty to four felony assault charges. More than 15 women had accused him of sexual assault in interactions that occurred after he responded to calls or pulled over the women.

Fischer was released from custody early based on an error, although a state appeals court in September ordered him to serve another 956 days in jail. Fischer asked the California Supreme Court to review the case, but the high court declined. Fischer was booked into jail once again on Monday. 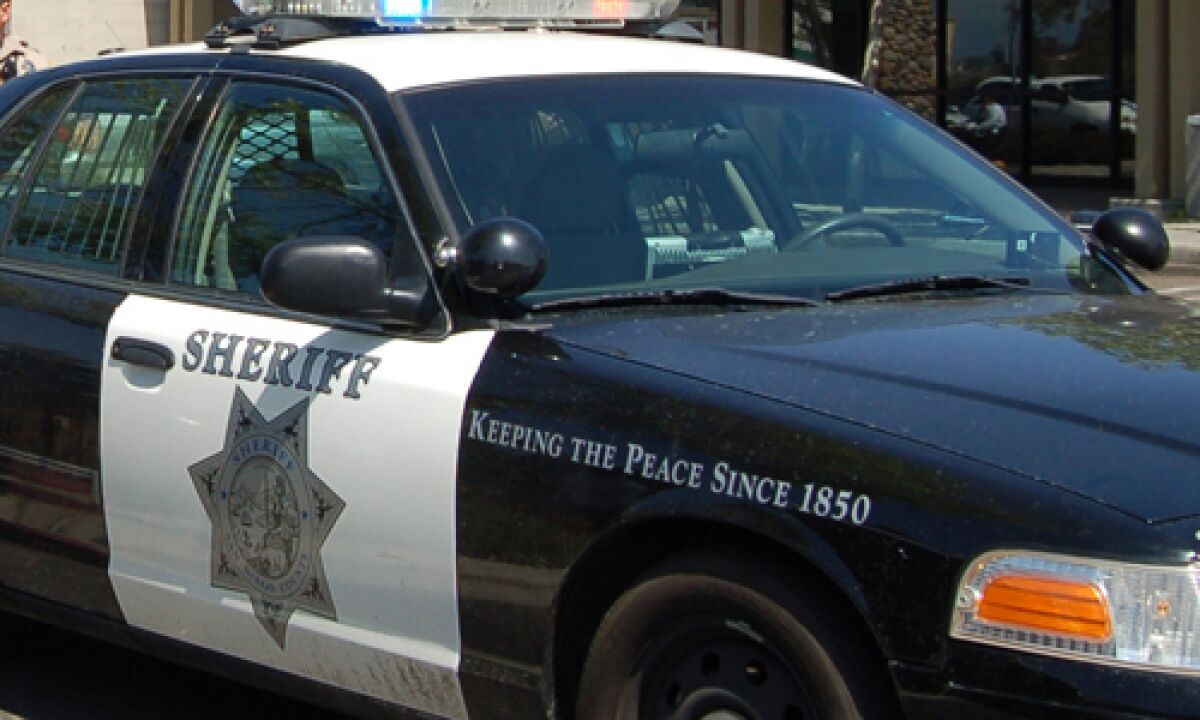