Deputy is accused of stealing from people he arrested 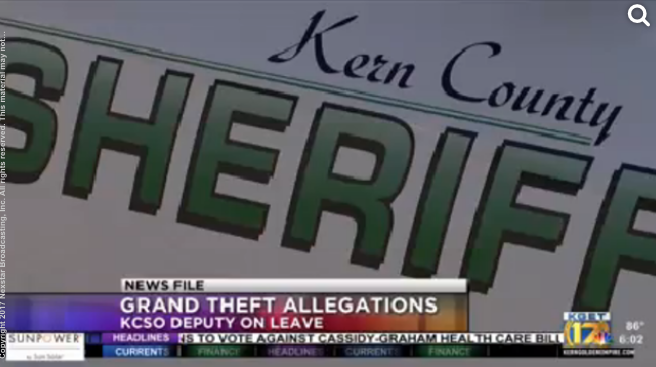 BAKERSFIELD, Calif. - Court records reveal new details in a case where a Kern County sheriff's deputy is accused of stealing from people he arrested.

Deputy Edward Bermudez -- who is out on bail -- made his first court appearance at the beginning of September and pleaded not guilty to two felony counts of grand theft, and one misdemeanor count of petty theft.

Search warrants reveal in July a records check showed Deputy Edward Bermudez was listed as an investigating officer, seizing officer and booking officer on several cases where he hadn't booked any property into the property room since May.

The warrant shows some of that included money, including some from an undercover Los Angeles County Sheriff's deputy who gave Bermudez a purse with $1,000 in it, that investigators say was never booked.

The 31-year-old has been employed by the Kern County Sheriff's Office since March 2011.
KCSO says Bermudez is still on paid administrative leave and is due back in court in December.

Court documents: Deputy accused of theft had not booked items