Deputy 'lightheaded and faint' after exposure 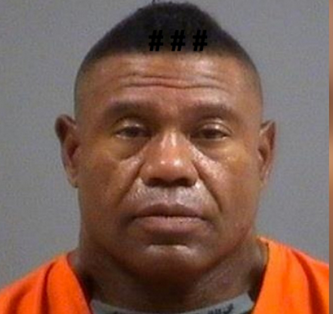 CHESTERFIELD COUNTY, Va. -- A deputy was hospitalized after officials said he was exposed to what is believed to be a mixture of heroin and fentanyl while searching an inmate being admitted to the Chesterfield County Jail Friday morning.

Lt. Joshua Fahy with the Chesterfield Sheriff's Office said the deputy was exposed to a powdery substance that left him "lightheaded and faint."

"The area was immediately secured, and on-duty jail medical staff quickly responded," Fahy said. "Chesterfield Fire and EMS quickly arrived and evaluated the deputy who was transported to a local medical facility for further evaluation."

Deputies said 57-year-old Mark Anthony Mabry, of the 7000 block of Barkbridge Road in Chesterfield, was charged with Felony Possession of Controlled Substance in connection to the incident.

Mabry, who was being processed for Felony Abduction by Force and Felony Sale for Profit, is being held without bond in the Chesterfield County Jail. He is slated to appear in court Monday morning.

Officials said the powdery substance believed to be a mix of heroin and fentanyl was sent for evaluation to the Virginia Division of Consolidated Laboratory Services.

This is a developing story, so anyone with more information can submit a news tip here.

A deputy was hospitalized after officials said he was exposed to what is believed to be a mixture of heroin and fentanyl while searching an inmate being admitted to the Chesterfield County Jail Friday morning.
https://www.wtvr.com/news/local-news/deputy-hospitalized-after-likely-exposure-to-heroin-fentanyl
Tweet
How do you feel about this post?
Happy (0)
Love (0)
Surprised (0)
Sad (0)
Angry (0)
Former Cumru Township police lieutenant sentenced ...
San Juan County's biggest pot bust 'only a fractio...
Comment for this post has been locked by admin.