Detective testifies about when police discovered evidence was missing

Two notebooks full of evidence Brennan collected during that investigation have gone missing. 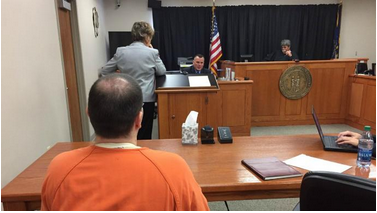 SCOTT COUNTY, Ky. (WKYT) - New information came out during a court hearing on Wednesday about missing evidence in a Scott County murder case.

Former Kentucky State Police detective Jason Lovins took the stand and testified about the weeks following the retirement of Buck Brennan. Brennan had led the early investigation into the murder of Sue Jones. Two notebooks full of evidence Brennan collected during that investigation have gone missing.

Lovins testified they first realized the evidence was missing after the arrest of Nick Willinger in 2014, which was well after Brennan had retired.

Willinger is charged with murder robbery and burglary. He was set to go to trial this month, but the trial was delayed because of the missing evidence.

Willinger's attorney says notes from early interviews with the other person charged in this case, Ciji Jefferson, could have helped their case. They are now asking for the charges against Willinger to be dismissed.

Lovins said they last saw the files during a case review. When they realized the folders weren't available, they tried to get the evidence off of Brennan's computer, but that didn't work.

"Myself and some of the other detectives contacted the computer technology and said 'We got a huge problem. We're trying to find this computer to get into the hard drive and recover documents.' They got back to us within a day and said, 'That computer is gone. We destroyed it and wiped the hard drive.' Whatever they do with it," Lovins testified.

There will be another hearing on this case on September 8. At that point, a judge will decide if it will still go to trial.

Prosecutors say the notes from other detectives who worked on the case are enough for them to move forward.

The other person charged in this case, Ciji Jefferson, has already pleaded guilty to complicity to burglary.