The young couple had been hitchhiking through Oregon, possibly to visit Crater Lake, when they disappeared sometime in September of 1978. Both had been shot, their bodies discarded in the woods. 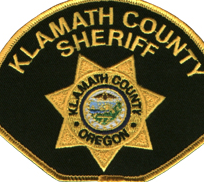 KLAMATH FALLS, Ore. — The long-cold case of a couple murdered near Lake of the Woods in 1978 at last has something approaching closure, thanks in large part due to advances in DNA forensics, law enforcement officials in Klamath County announced Thursday.

43 years ago, in mid-November, deputies from the Klamath County Sheriff's Office responded to an area near Lake of the Woods and what was then called Dead Indian Road, looking into the reported discovery of skeletal remains. The caller had been out cutting firewood when he came upon the bodies.

Wiseman and Frayer had been hitchhiking through Oregon, possibly to visit Crater Lake, when they disappeared sometime in September of 1978.

Though investigators followed a number of leads at the time — reaching out to other agencies for help, including the FBI — nothing solid materialized. The case went cold.

By 2011, the murders of Wiseman and Frayer were KCSO's oldest unsolved case. Around this time, a detective assigned to the cold case began going through the evidence with an eye for newly available technology, including DNA.

Finally, in 2019, several items of Frayer's clothing were submitted to the crime lab in Bend — returning an unknown male DNA sample. It was entered into CODIS, the Combined DNA Index System, but did not return any hits.

Undeterred, the detective now on the case submitted the sample to Parabon Nanolabs — a private company now armed with an impressive pedigree of solving cold cases using genealogical data. Locally, Parabon was involved with identifying the final victim of the Almeda Fire, 55-year-old Derrick Mills, and in the case of Stevie Crawford, a young boy found dead east of Ashland in 1963.

Parabon came back to KCSO with a viable suspect in the early summer of 2021. Detectives managed to get in contact with family members of the suspect, learning that he died in Texas in 1996. For confirmation, the family members agreed to give samples of their own so that investigators could be relatively certain of the match.

The name attached to the DNA found on Frayer's clothing was Ray Mason Whitson, Jr. According to Sheriff Kaber, Whitson had moved to the Klamath Falls area with his family in 1976 in order to work in the lumber industry, and they reported commonly using Dead Indian Road. Whitson had no other criminal record, Detective Dan Towery said.

Back in 1979, investigators had identified a prime suspect in the case, but it was not Whitson. The man had given the young couple a ride and dropped them off in Grants Pass. He also died in the 1990s, and former Sheriff Carl Burkhart said Thursday that he'd buy that man dinner if he could for the suspicion he endured.

With a suspect identified, but no means of taking him into custody, KCSO said that the case has been suspended. Klamath County District Attorney Eve Costello said she believes she could have convicted Whitson if tried on the evidence now assembled.

The young couple had been hitchhiking through Oregon, possibly to visit Crater Lake, when they disappeared sometime in September of 1978. Both had been shot, their bodies discarded in the woods.
https://www.kdrv.com/content/news/DNA-helps-Klamath-County-investigators-identify-suspect-in-unsolved-1978-double-murder-576020731.html