The genealogist used the suspect's DNA sample to build a family tree using public websites, then ran it through a public database and received "a significant match," according to charging papers. 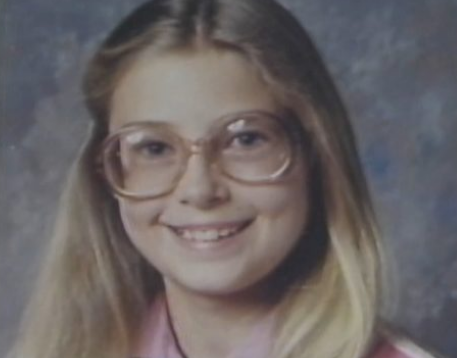 It was DNA, a genealogist and perseverance that zeroed in on Michella Welch's suspected killer after 32 years.

He is scheduled to be arraigned Monday and is being held on $5 million bail.

After more than three decades of working the Welch cold case, police in May called on a genetic genealogist to help.

The genealogist used the suspect's DNA sample to build a family tree using public websites, then ran it through a public database and received "a significant match," according to charging papers.

That process led to Hartman and his younger brother, who both lived in the North End at the time Welch was killed in Puget Park.

Lab technicians and the genealogist told Tacoma police they believed one of the Hartman brothers killed the girl and recommended obtaining DNA samples from them to compare to the DNA sample from the crime scene.

The DNA was collected June 5 when a detective followed Gary Hartman to a restaurant where he was having lunch with a co-worker.

The detective sat within 10 feet of Hartman's table and watched as he repeatedly used a brown paper napkin, then crumpled it up and placed it in a paper bag, records show.

After Hartman and his co-worker left, the detective was able to get the paper bag - and paper napkin - from a server who was cleaning the lobby.

On Tuesday, the crime lab alerted police that Hartman's DNA on the napkin matched the DNA found on Welch's body. Hartman has no prior criminal record.

He lived in the 4600 block of Huson Street the year Welch was killed, less than two miles from Puget Park.

Hartman obtained an active license as a registered nurse in 1998. He now works as a community nurse specialist at Western State Hospital, helping discharged patients reintegrate into society.

Neighbors described Hartman as cordial and sweet, a positive presence in the neighborhood. He was often seen driving around with his third wife in vintage cars.

But Stephanie Brookens, a nurse who crossed professional paths with him over the years, said several co-workers always believed him to be a liar.

"The first time I met him and shook his hand, he made my skin crawl and my creep-o-meter went into the red," she said Friday. "I had to wipe my hand off, it felt that creepy." Welch died March 26, 1986.

She took her sisters to Puget Park to play and went home hours later to make sandwiches.

While she was gone, her two younger siblings ran to a nearby business to use the restroom. They tried calling Welch at home but there was no answer so they returned to the park and continued playing under the bridge.

Shortly afterward, they found the brown bag lunches on a picnic table and Welch's bike but no sign of her.

Detectives believe Welch returned to the park before her sisters and went looking for them.

Witnesses saw her talking to a man pointing down a trail into the gulch.A search dog found Welch's body that night near a makeshift fire pit in a gulch, about a quarter mile from the play area.

She'd been sexually assaulted and killed by a cut to the neck and blunt force trauma to the head.

Bastian disappeared Aug. 4, 1986, during a bike ride in Point Defiance Park. Her body was found in a wooded area off Five Mile Drive weeks later.

Investigators initially believed the girls were killed by the same man due to the similarities in age, physical appearance and close proximity of attacks.

But in 2013, a cold case detective noticed a piece of evidence found near Bastian's body had not been tested for DNA, so he sent it in.

The DNA found near Bastian's body did not match DNA found at the Welch crime scene, leading police to the revelation that there were two killers.

DNA profiles from both killers were run through a national database of felons, but did not match with the 11 million or so DNA profiles in the database.

In 2016, they activated its Child Abduction Response Team to rework the homicides as if the girls were recently kidnapped.

The department also paid $7,000 for two composite renderings of what the men who sexually assaulted and killed the girls might have looked like.

Parabon NanoLabs Inc., a Virginia-based company, analyzed DNA from both killers, identified genetic markers such as hair and eye color, and used phenotyping to predict what the suspects may have looked like.

A computer-generated image, based on DNA, was created of the man who killed Michella Welch in 1986. It may not look like the actual killer, but is a composite of average features for males with genetic similarities.

Tacoma police was the fifth law enforcement agency to use Parabon's Snapshot technology and release the suspect composites publicly.

The technology was developed in 2014.

Police said they considered more than 2,000 possible suspects over the course of three decades in the Welch and Bastian cases.

It was DNA, a genealogist and perseverance that zeroed in on Michella Welch’s suspected killer after 32 years.
https://www.kiro7.com/news/local/dna-in-genealogy-database-used-napkin-link-suspect-to-1986-tacoma-child-murder-case/775135185
Tweet
How do you feel about this post?
Happy (0)
Love (0)
Surprised (0)
Sad (0)
Angry (0)
Tags:
dna genealogy database Cold case West Coast
A killer left DNA evidence behind. But Milwaukee p...
10 pounds of marijuana sent to wrong address in In...