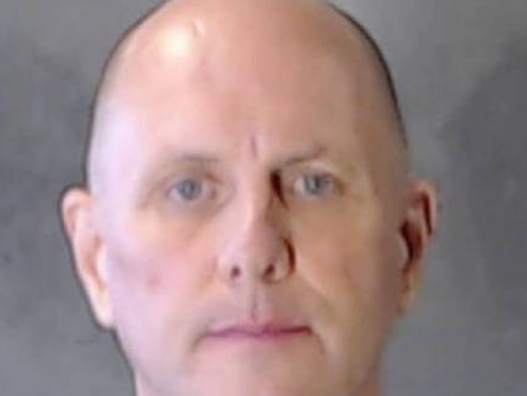 SACRAMENTO, Calif. - For more than two decades, all California authorities knew about the man behind three violent sex crimes was his DNA profile.

Two women in Sacramento had been attacked in the early 1990s inside their homes. A third, a 22-year-old student in Davis, had been shocked with a stun gun and assaulted while on a jog.

The apprehension of Mark Jeffery Manteuffel, law enforcement officials said, owed directly to three key factors: the persistence of one dogged detective, the use of a groundbreaking legal maneuver to keep the cases alive and critical scientific advances that helped authorities match the little information they had about the suspect -- his genetic code -- with his relatives' to figure out his identify.

"This case represents so much: the dedication of law enforcement, the critical importance of keeping rape kits and testing those kits no matter how long ago those crimes occurred, the need for passion and persistence, and a desire to pioneer our law enforcement tools so that violent criminals can be identified and brought to justice," Sacramento County District Attorney Anne Marie Schubert said during a Monday news conference.

The cases in which Manteuffel stands accused represent the latest in a series of recent breaks made in long-dormant criminal probes thanks to the growing availability of DNA. Using popular online ancestry-tracing projects, authorities compare genetic material left at crime scenes to known relatives' genetic data and often can draw a line directly to a suspect.

"A little over a year ago came this concept of investigative genetic genealogy -- the latest and perhaps the greatest advancement to help law enforcement find the truth and solve violent crime," said Schubert.

The FBI in Atlanta did not respond to CNN's request for comment.

Manteuffel was arraigned Friday in Sacramento but did not enter a plea. He has been charged with seven counts, including torture, rape and inflicting great bodily injury by using a knife, court records show. He is being held without bail. He waited inside their homes

The crimes, when they unfolded, shook their communities in and around California's state capital.

Around 8:30 p.m. on May 5, 1992, a 52-year-old woman walked into her home, deactivated her alarm and "was almost immediately accosted and assaulted by someone who was lying in wait inside of her residence," Sacramento County Sheriff Scott Jones said Monday in recounting the crime.

"For the next over three hours, she was assaulted, sexually assaulted and various sexual acts were committed against her until ultimately the suspect fled the residence," Jones said. The suspect's DNA was found at the scene.

Less than two years later, a young college student went for an evening jog, planning to grab some dinner at a local market.

"As she jogged through a well-known, safe neighborhood in Davis, California, she was approached and grabbed by a masked man," Yolo County District Attorney Jeff Reisig said Monday.

He shocked her with a stun gun, dragged her a distance and "committed monstrous crimes," Reisig said. That suspect's DNA also was collected.

Then on March 23, 1994, a woman was assaulted multiple times after returning to her Sacramento home at night to find a masked man waiting inside, authorities said. That suspect's DNA matched the genetic material found at the sites of the prior two events, Sacramento Police Chief Daniel Hahn said.

"We knew these crimes were all committed by the same suspect because they were linked by DNA left at each of the three crime scenes," the police chief said.

Manteuffel had lived in the Sacramento area for several years and attended California State University, Sacramento, where he also worked as a part-time lecturer on law enforcement and criminal justice matters, authorities said Monday.

Then for nearly 20 years, he worked for the Federal Bureau of Prisons, Hahn said, retiring in 2014 as a correctional institution administrator from a Miami facility.

'The value of preserving rape kits'

More than five years after the last masked attack, Schubert got a call from Sacramento Police Detective Pete Willover. He wondered what he could do about a handful of sexual assault cases in which the statute of limitations was due to expire within a few months, the prosecutor recalled Monday.

"Two days before the statute of limitations was set to run (out), on March 21 of 2000, our office filed California's first-ever John Doe DNA warrant," Schubert said, referring to a legal vehicle that alleges a perpetrator's DNA as the only element for identification.

That pioneering court maneuver kept the cases open, buying Willover time to keep trying to nail down who committed the assaults, she said. Then, years later, genetic genealogy came into play.

Schubert would not say which relatives -- whether close or distant -- helped investigators track down Manteuffel.

In general, matches could vary from close relatives to "something you have to spend months trying to figure out how to build the tree ... and develop ... potential relationships and that's where ... it all comes down to detective work," she said.

Also key was the work of a "forward-thinking DNA analyst from our crime lab who knew the value of preserving rape kits far longer than the law required at the time," Schubert said.

Once they had a match, Sacramento police asked FBI agents in the Atlanta office to help. After surveilling the suspect and obtaining DNA from a restaurant, agents arrested him without incident at his home, said Sean Ragan, FBI special agent in charge of the Sacramento Field Office.

"Through extraordinary collaboration and persistence, the name and the face of that profile has revealed itself," Schubert said of the DNA and law enforcement field work.

Manteuffel was arrested in Decatur, Georgia, last week and extradited to Sacramento.

"Without our ability to use DNA and genetic genealogy," Hahn said, "we would not have this predator in custody right now and maybe never would."

Putting faces to the profiles

Manteuffel's arrest marks at least the second major case from the region to hinge on the use of a genealogy database. The resource in 2018 helped track down Joseph James DeAngelo, the alleged Golden State Killer who preyed on Sacramento communities and others in California.

Asked if DNA will be used in more unsolved rape kits and cold cases, Schubert said, "The message should be clear."

"In a little over a year we've seen three cases come out of Sacramento, and I think that's because we have tremendous law enforcement here and the message should be clear," she said. "If you committed a violent crime in this community and you left your DNA, you can expect that we're going to try and solve that crime."

"If the tools are there, we're going to use them," she said.

With the law enforcement agencies' work and the newly available science, "the clock is ticking on these criminals, and their time is up," Reisig said.

"These crimes ... haunt communities, and this crime has haunted the community of Davis for 25 years," Reisig said of the young jogger who was attacked. "However, the news again, today, is that predators and monsters can't hide forever any longer."

For more than two decades, all California authorities knew about the man behind three violent sex crimes was his DNA profile.
https://www.wsls.com/news/national/dna-kept-for-decades-leads-to-arrest