"Our cold case unit revisited the case, sent DNA to the lab and received a hit," Parrish said. 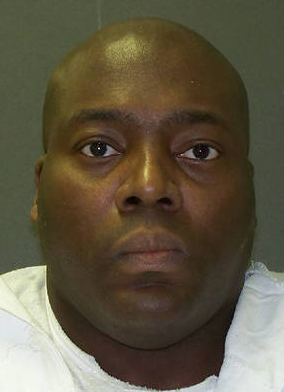 Charges in a 10-year-old unsolved Dothan homicide can go a long way to ward providing family some much needed closure.

Dothan Police Maj. Steve Parrish said Monday at a press briefing that the department hopes a recent murder indictment returned against 43-year-old Douglas Tyrone Armstrong will do just that for two young women who lost their mother on May 17, 2003.

A Houston County grand jury recently returned an indictment charging Armstrong with murder. "The reason for us doing this is to bring some closure to the family," Parrish said.

"To the family we say we're sorry for your loss. It's been 10 long years, but we got our man." Parrish talked about how police found the victim, 40-year-old Debra Hopey Wilson, had suffered a fatal injury from some type of blunt force trauma injury to the head. A cleaning crew at the Bee Line Motel on North Oates Street found her early that Saturday morning.

Parrish said officers investigated Wilson's murder with "vigor" for a long time. He also said over the past decade officers reviewed the case multiple times, but no charges were filed. "Our cold case unit revisited the case, sent DNA to the lab and received a hit," Parrish said.

Parrish said DNA evidence obtained after a completed analysis from the state Department of Forensic Sciences helped lead to the murder indictment. Wilson's two daughters, including Kesha Wilson Buckner and Christal Wilson, spoke briefly at the end of the Dothan police press conference. Buckner said she appreciated the honesty of the Dothan police investigators as they kept them updated on the murder inquiry.

"It's been a long time coming. We're glad we're able to finally see the day come," Buckner said. "We just hope to have some closure now." Buckner also said the murder indictment "eases some of their pain" and loss of their mother over the years. "It don't bring her back, but we have a little closure, and a little bit of peace," Buckner said.

Key evidence Police Lt. Will Benny, the supervisor of the criminal investigation unit, declined to release what specific DNA evidence police used to link Armstrong to the murder. But Parrish said the police investigators learned of another key piece of evidence that led them to believe Armstrong likely used a bicycle to escape the motel after the homicide.

Parrish said they found bicycle tracks in the motel room, and found surveillance video from a nearby store of man on a bicycle. "We could only do so much with what we had at the time," Parrish said. "The DNA hit was the death nail for him as far as tying him to the case." Parrish also said Armstrong apparently knew the victim. But he declined to expand on that relationship, or if any existed.

"We believe an argument ensued, one that got out of hand quickly," Parrish said. Parrish called Armstrong a career criminal, with a criminal history locally in the Troy area. Benny confirmed Armstrong was already on death row in the Texas prison system. He faces extradition to Alabama for the pending murder charge filed against him.

According to the Texas Department of Criminal Justice website, Armstrong i s on death row for killing a man who was between the age of 50 and 60 by cutting his throat with a box cutter during a robbery on April 21, 2006.

Charges in a 10-year-old unsolved Dothan homicide can go a long way to ward providing family some much needed closure.
http://www.dothaneagle.com/news/dothan-police-solve--year-old-cold-case-homicide/article_fe152406-60e0-11e3-8a96-001a4bcf6878.html
Tweet
How do you feel about this post?
Happy (0)
Love (0)
Surprised (0)
Sad (0)
Angry (0)
Tags:
cold case homicide
Miami police should let others probe missing guns,...
Former Morganfield Police Chief Arrested
Comment for this post has been locked by admin.