Alt was charged with misconduct in office, as well as multiple drug offenses, after authorities said a hidden camera caught him stealing medication from the Sauk Prairie Police Department's evidence room. 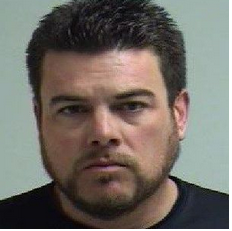 Despite a defense attorney's claim that prosecutors haven't made their case, a judge ruled Wednesday that charges against a former Sauk Prairie police officer accused of stealing medication from a drug disposal box will move forward.

Baraboo attorney Jay Englund said prosecutors have failed to demonstrate the unlawfulness of his client's alleged actions. "Certainly, police officers can possess hydrocodone in a way that I can't, and in a way that most people can't," said during a preliminary hearing on charges against Matthew G. Alt, 39, of North Freedom.

In December, Alt was charged with misconduct in office, as well as multiple drug offenses, after authorities said a hidden camera caught him stealing medication from the Sauk Prairie Police Department's evidence room.

Wednesday's hearing was held to establish whether prosecutors have presented sufficient evidence to warrant charges. At the hearing's conclusion, Columbia County Circuit Court Judge Andrew Voigt ruled that it is reasonable to believe Alt committed a crime, and that the case should continue toward trial.

Voigt said Englund had presented an "interesting issue," and conceded that prosecutors had produced no testimony about Alt's authority as an officer to possess the medication. However, he said the argument was a weak one.

"Last time I checked, they don't issue blanket authority for everything with a badge," Voigt said.

Wisconsin Assistant Attorney General Amber Hahn only called one witness: A special agent with the Wisconsin Department of Justice brought in to investigate the alleged drug thefts.

Special Agent Dorinda Freymiller said Police Chief Jerry Strunz asked for the state's assistance in November after several within his department suspected Alt of taking medication from a drop box. The box was set up so that citizens could drop off unwanted medication.

The locked container was periodically emptied into an open cardboard box within the department's evidence room. And once the evidence room box was full, it was taped shut until it could be destroyed. Alt was given responsibility for the transfer of drugs from the drop box to the evidence room in August, Freymiller said.

Freymiller testified that a hidden camera captured footage of Alt taking pills that had been placed in the drop box as he was transferring them into the evidence room. Investigators took an inventory of the drop box before and after Alt allegedly transferred the medication.

Freymiller said investigators placed a number of placebo pills that were disguised to look like oxycodone inside the drop box the morning of Dec. 1. They later observed Alt on camera transferring medication to the evidence room.

Afterward, the agent testified, the placebo pills were gone. But they were found in Alt's possession and inside his vehicle after his arrest later that morning.

A later search of Alt's home in North Freedom allegedly uncovered hydrocodone, a narcotic pain medication, inside a safe within his bedroom closet. Freymiller said the medication uncovered in that search did not match what Alt had been prescribed by his doctor.

But during cross-examination by Englund, the state's witness conceded she had not researched Alt's authority to possess and transport drugs. Freymiller testified that, according to the chief, Alt's duty was to take medication from the drop box and put it in the evidence room.

"And beyond that, you're uncertain (of Alt's authority)?" Englund asked.

She also testified that she did not know for certain whether Alt had ingested any of the medication that he removed from the drop box.

With respect to Alt's authority to take and transport the medication, Englund argued that there was no testimony of "where it began, where it ended, (or) what the policy was."

After ruling that the charges will stand, Voigt scheduled Alt to be arraigned Sept. 12. The condition of his bond, that he not keep firearms in his residence, will remain in effect.