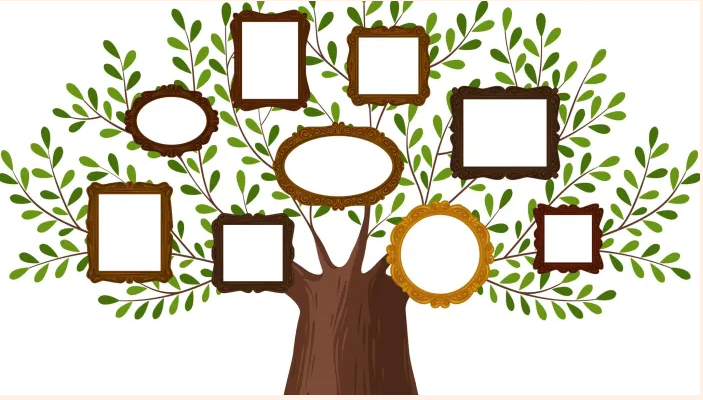 SANTA CRUZ — When they're planning to rob a liquor store, most criminals think to wear gloves and cover their faces. But few of them commit to shaving their heads to avoid leaving behind even a single strand of hair.

In the future, however, they may want to add that task to their modus operandi. Packed with DNA, hair is quickly becoming a powerful source to help catch lawbreakers.

Hair has been notoriously tricky to analyze, but a new approach by UC Santa Cruz researchers — pulling DNA from samples that are damaged or contaminated — is expanding the available pool of forensic evidence. DNA and ancestry records are now being used together to build family trees to identify rotten apples among their branches.

"Law enforcement gets excited about hair because often it's all they have in the way of evidence," said genealogist Barbara Rae-Venter, who has teamed up with Richard "Ed" Green, an associate professor of biomolecular engineering at UC Santa Cruz. Green, known for his work on the remains of Neanderthals, has developed tools to decipher ancient DNA — often hundreds of thousands of years old.

While reconstructing the family tree of a woman kidnapped as a child and later abandoned in a Scotts Valley mobile home park, Rae-Venter had linked the alleged abductor, Terry Peder Rasmussen, to the four unsolved Bear Brook murders in New Hampshire in the late '70s. DNA from the victims' bones, however, was too damaged to establish the identity of the victims, and Rasmussen had died in California's High Desert State Prison in 2010.

Rae-Venter was stuck, unsure of how to unravel the case, when she read a news story about Green.

"I got so excited because he kept talking about hair," Rae-Venter said.

Because hair doesn't degrade much over time, she had samples from each victim but no way to analyze them. Hair had been useful evidence only if its root, pulled from the follicle, was still attached.

Green and his team, however, had recently pulled usable DNA from a strand of hair without its root, long thought to be impossible.

"Forensic samples can be seen as really easy ancient DNA samples (to analyze) because they're so much younger, even in cold cases," Green said during a recent interview in his UCSC office.

Green and Rae-Venter began analyzing hair from the Bear Brook murders in 2017 and ultimately identified three of the four victims last June. Using similar methods, Rae-Venter then named DeAngelo, then 72, who is now awaiting trial for a series of murders committed in California from 1976 to 1986.

The duo's success has prompted Green to found a company, Astrea Forensics, along with fellow paleogeneticist Kelly Harkins Kincaid, a former UCSC postdoctoral researcher who is now the company's CEO. The company, based in Santa Cruz, has already solved dozens of cases and continues to work on dozens more.

"There is a market for this," Green said. "There's a public service demand and a larger social mission."

For the last few decades, profiles of criminal suspects have been generated through a process called DNA fingerprinting. It relies on a person's unique pattern across 20 genetic markers — short sections of DNA that vary between individuals. Suspects entered into the FBI's criminal database are compared against 16 million profiles.

But DNA from cold cases generate hits less than 1% of the time.

The reason is that the FBI's system needs high-quality, detectable DNA from a single person — a tough and often unreachable standard. Many cases go cold because the DNA is old or damaged, contaminated by bacterial DNA or mixed with material from multiple individuals.

Astrea's proprietary methods reconstruct entire genomes — the total genetic material in each cell — from DNA fragments. By sequencing the whole genome, rather than just 20 markers, the new breed of forensic genealogists can often identify people the FBI cannot.

Access to DNA data is growing. Companies such as 23andMe and Ancestry.com have sequenced the genomes of more than 30 million people in the last decade.

The firms' databases are private, but customers can upload their profiles to third-party sites like GEDmatch, a Florida company that allows its users to compare genetic testing results from different DNA companies and use genealogy to reconstruct family trees.

Applied to forensics, it becomes an amazing technique. The so-called Buckskin Girl, dumped along an Ohio road in 1981, had remained unidentified for 37 years. But in only four hours, Colleen Fitzpatrick, co-founder of the DNA Doe Project in Sebastopol, identified her in 2018 as 21-year-old Marcia Lenore King.

The U.S. Department of Justice recently released its first interim policy on forensic genealogy, an initial step toward standardizing the practice. The policy states that investigators of violent crimes who have exhausted traditional methods such as fingerprinting may now consider genealogy.

The new tools "bring excitement to cold cases where we thought there was no answer," Kellogg said.

Similarly, as the Santa Cruz County Sheriff's Office processes "more DNA than ever before," Forensic Services Supervisor Laura Walker says there is a new interest in forensic genealogy. The county plans to build a new DNA analysis wing in its crime lab within three years.

But as the field advances, opponents of forensic genealogy are raising ethical issues. A 2018 study by the DNA testing company MyHeritage found that 60 percent of Americans are identifiable through family members even if they never used DNA kits themselves.

Critics of the new tools claim that as more people use the kits and build out DNA databases, police could eventually track anyone.

Rebecca Jeschke, an analyst with the Electronic Frontier Foundation in San Francisco, warns that access to databases could prompt police to "overcollect" genetic material. The digital rights group is now suing the U.S. Department of Homeland Security over its collection of DNA from migrants at the U.S.-Mexico border.

"DNA holds private and intensely personal information," Jeschke said, adding that the solution might be a system of checks on law enforcement's access to databases, including "added oversight from judges or other specialists."

In response to public concern, GEDmatch changed its default policy last May by excluding all 1.25 million profiles from law enforcement matching. Users must now "opt in" after reading new explanations about how their data will be used. As a result, investigators can now access just 190,000 profiles.

Rae-Venter said many cases that she solved "would remain cold under these new restrictions."

Analysis of 2018 FBI data by the Murder Accountability Project determined that 40% of U.S. homicides go unsolved. That's more than 250,000 cases since 1980. Solving even 1% of those using forensic genealogy would close thousands of cases.

Each day seems to bring a new ethical challenge in the new field, but many ethical experts believe that a way can be found to balance the new technology's risks and rewards.

"We're still finding our way through to where the boundaries are going to be," said bioethicist Amy McGuire of Baylor College of Medicine in Houston. "But if it's done well, if it's done right, I feel fairly convinced that the actual privacy risks are fairly minimal."

The emerging field of forensic genealogy has accelerated rapidly in the last few years, thanks in large part to two Central Coast researchers. Here are some key events:

May 2017: Richard "Ed" Green, a UC Santa Cruz associate professor of biomolecular engineering, uses hair without roots to identify 3-year-old "Miranda Eve" as Edith Howard Cook, a member of a prominent 19th century Bay Area family whose body was found in a casket beneath a San Francisco home in 2016. The news coverage led Monterey Peninsula genealogist Barbara Rae-Venter to contact Green for help in identifying the four victims in New Hampshire's Bear Brook murders from the late '70s.

May 2019: GEDmatch, a Florida company that allows its users to compare genetic testing results from different DNA companies, restricts access to its database by law enforcement in response to public concerns over privacy.