SLED's investigators found some items had been destroyed, returned to people or sent to SLED from the evidence rooms, but the system had not been updated to show the items were gone, the report said 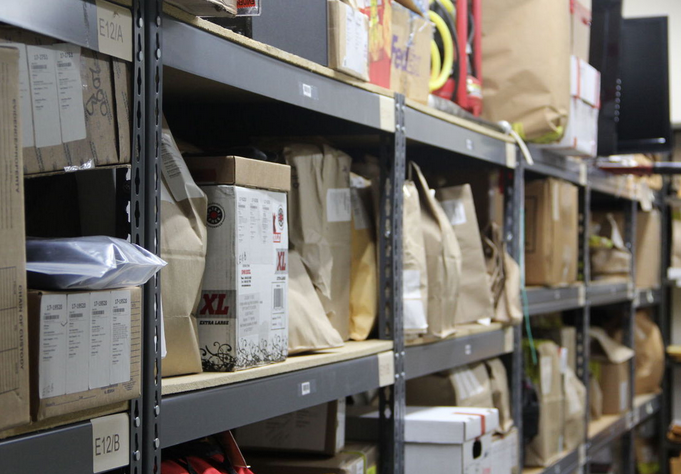 Whenever a sheriff's office changes hands, it's customary to have the State Law Enforcement Division come in and inventory any evidence rooms.

In Greenwood, SLED agents did a three-day onsite inventory starting Jan. 10. Evidence items were labeled with barcodes and organized in three rooms — the main evidence room, gun and drugs room and the evidence vault, a SLED investigative report said. Agents found that digital evidence lists didn't correspond with the evidence in the rooms, the report said.

"That was the biggest bump in the road that we had," said Greg Allison, the GCSO evidence technician.

The vendor for the evidence management system the sheriff's office used went out of business, and the data the company gave to the office might not have been accurate and couldn't be organized, the report said.

The county is switching to a new system that uses more in-depth barcode information, Allison said, which should improve accountability and help track down any missing items. The new system will require more detailed information for evidence items, such as caliber and serial number for any guns.

"The only thing we'll have to do is scan an item, and we'll have all the information right there," he said.

SLED's investigators found some items had been destroyed, returned to people or sent to SLED from the evidence rooms, but the system had not been updated to show the items were gone, the report said.

The sheriff's office takes in new pieces of evidence with nearly every case, so clearing out and disposing of old cases is key to keeping their inventory manageable, Kelly said.

"Sometimes you have items you can sell or auction off," he said. "The main thing is tracking it when it comes in and when it goes out."

The office will be implementing regular, quarterly spot-check inspections, he said, along with a full check annually.

"Any problems that may arise, we can correct it," Allison said. "The main objective is to follow that piece of evidence from the moment it comes in until the case is disposed."

Laurens County's inventory started in December 2016, at the request of Reynolds and then-outgoing Sheriff Ricky Chastain. Evidence was stored in the old Laurens County Sheriff's Office jail, in pods and cells, according to a SLED investigative report.

Items were organized into six evidence rooms, a biohazard room and a gun room. The gun room and one of the evidence rooms were not in the office's evidence tracking system, the report said.

As the investigation went on, SLED agents found six guns had been loaned out to various county offices, three of which lacked any paperwork, the report said. Narcotics were kept in a safe behind a locked office door — but the safe itself was unlocked, as was a smaller safe found inside it, the report said.

Evidence sent to SLED for examination was not checked out of the county's tracking system, and when the items were returned they would be re-entered as duplicate entries, the report said.

At the end of the inventory, 790 items on the evidence list weren't immediately found, but after further investigation that list narrowed to 398 unaccounted for items, the report said. The items included six guns and about $386, the report said.

More than 2,500 items found were not on the inventory list, the report said, and many items did not have an associated case number.

Reynolds did not respond to multiple attempts to reach him for comment.