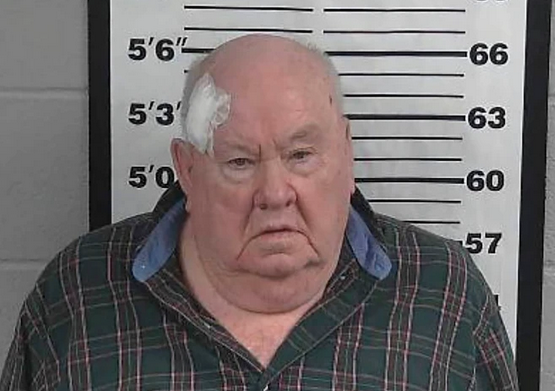 Melissa Ann Tremblay disappeared on a Sunday night in 1988 at the age of 11 in Lawrence, Massachusetts, and was found the next day after being stabbed and hit by a train.

More than three decades later, his alleged killer was arrested in Alabama and will be returned to Massachusetts to face justice, Essex County District Attorney Jonathan Blodgett said at a news conference.

Marvin McClendon , 74 , retired corrections officer from the Massachusetts Department of Correctional, has been taken into custody by the Cullman County Sheriff's Office and will be sued in an Alabama court later this week.

Tremblay went to Lawrence's LaSalle Social Club with his mother on September 11, 1988.

"While her mother and her mother's boyfriend were staying at the club, Melissa was playing in the adjoining quarters and was last seen by a railroad worker and a pizza delivery boy in the late afternoon," Blodgett said.

Tremblay's mother and her mother's boyfriend searched the area before reporting their disappearance to police around 9pm that evening.

The next day, police officers found her body at a train station a few blocks from the Social Club, and an autopsy showed she had been stabbed.

Blodgett refused to say what led her to McClendon, but said that "the evidence gleaned from the victim's body was instrumental in solving the case."

"We continue to investigate old cases in the hope that new techniques and a new look will lead to breakthroughs," Blodgett said at a news conference on Wednesday.

"[The victims] will not be forgotten and we will prosecute those responsible and try to hold them accountable for as long as necessary."

McClendon lived near Chelmsford in 1988 and, according to Blodgett, had ties to Lawrence.

Tweet
How do you feel about this post?
Happy (0)
Love (0)
Surprised (0)
Sad (0)
Angry (0)
Sudbury OPP sergeant accused of stealing from evid...
29-Year Old Cold Case Solved
Comment for this post has been locked by admin.