None of the meth was checked into evidence 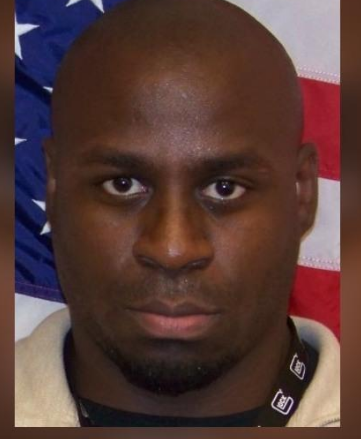 A former Gwinnett County deputy, who was part of a federal drug task force, was sentenced Monday to 10 years in prison for stealing drugs while on the job and trafficking it back onto the streets, authorities said.

Riggins resigned from the Gwinnett sheriff's office while under investigation, which was shortly after he was removed from the Homeland Security Investigation (HSI) task force, AJC.com previously reported.

His crimes began Feb. 23, 2017, when HSI seized three kilograms (6.6 pounds) of cocaine after a high-speed chase and crash on I-285, the release said. The suspect fled from the crash and was not arrested.

Riggins was given the task of transporting the cocaine to the evidence vault at the Gwinnett sheriff's office, but he checked in only one kilogram, the release said. In addition, he failed to secure an arrest warrant for the alleged drug trafficker who escaped the scene.

To cover up the cocaine theft, he created a false document that claimed the alleged drug trafficker's name was unknown and that only one kilogram of cocaine was seized from the scene, the release said.

On July 14, 2017, HSI seized about six kilograms (13.2 pounds) of meth from an Atlanta hotel room, the release said. Riggins was again given the task of transporting the drugs into evidence — with even worse results.

None of the meth was checked into evidence, the release said.

Three days later, HSI seized four kilograms (8.8 pounds) of heroin and 172 oxycodone pills from another house in metro Atlanta, and Riggins was again ordered to take the drugs to the sheriff's office, the release said. He stole all but 96 grams of heroin.

"Instead of enforcing the laws he swore to uphold, Riggins abused his position by stealing drugs and falsifying evidence reports," Chris Hacker, Special Agent in Charge of FBI Atlanta, said in the release. "This case is a reminder that no officer is above the law."

"There is no room in our profession for anyone who violates public trust by willfully engaging in criminal behavior," Sheriff Butch Conway previously said. "We want justice to prevail, and anyone involved in such egregious behavior to be held fully accountable."

After his decade in prison, Riggins will have to serve five years of supervised release.

The FBI, Department of Homeland Security and GBI investigated the case.

A former Gwinnett County deputy, who was part of a federal drug task force, was sentenced Monday to...
https://www.ajc.com/news/crime--law/gwinnett-drug-task-force-member-gets-years-for-stealing-narcotics-traffic/DFxdiCO2aQP3hPgjI8Eh3H/
Tweet
How do you feel about this post?
Happy (0)
Love (0)
Surprised (0)
Sad (0)
Angry (0)
Tags:
stealing narcotics
Rocky Ford police officer accused of taking mariju...
Former police officer admits evidence bid crime in...
Comment for this post has been locked by admin.