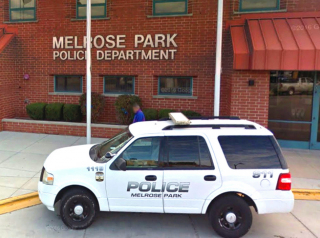 Gregory Salvi was rapidly nearing retirement from the Melrose Park Police Department in 2015, and he hoped to use the job to make as much money as possible.

So he sold drugs that had been stolen from the evidence room. He offered to illegally move narcotics in "the f—in' police car." And he told a federal informant he would wear his ballistic vest to transport 24 "bricks" of cocaine.

"I got f—in' three months left in the police department," Salvi said. "Okay? I'm trying to make whatever I can."

Salvi, 43, admitted to all of this in a federal courtroom Tuesday, two years after the feds accused him of plotting to steal drugs and guns from the suburban police department to feather his nest. He pleaded guilty to possessing 500 or more grams of cocaine with intent to distribute and carrying a Glock .45 caliber handgun while doing so.

St. Eve agreed to let Salvi remain free on home detention until he is sentenced. Salvi's attorney, Mark Sutter, has said Salvi has affairs to wrap up before he reports to the U.S. Bureau of Prisons. Sutter also said his client has been a "model defendant" since he was first arrested in Hanover Park in April 2015.

Two government informants wore wires while discussing drug and weapon deals with Salvi, according to a 76-page affidavit filed at the time of Salvi's arrest. The FBI said it has video and audio recordings of the former officer.

The scheme began when the Melrose Park police seized a kilogram of cocaine in the spring of 2014, according to Salvi's 21-page plea agreement. Salvi got his hands on it and sold it for cash later that summer.

Salvi offered in February 2015 to move cocaine for the informants, telling them, "I mean, I'll drove f—in', I'll work that night, meet you here with the f—in' police car, and I'll bring it right downtown, just give me a spot where we pull right in, you can even put somebody in the car with me, I don't give a f— if you think I'm gonna bail on ya, I'm not gonna do that."

Two days later, Salvi arrived in a law enforcement vehicle at a storage locker facility in Hanover Park and accepted five "brick-shaped objects" from an undercover officer — he thought it was five kilograms of cocaine — which he took to his vehicle. That's when he was swarmed by police and arrested, records show. The FBI has said he was wearing his badge at the time and had planned to deliver the drugs to a condo in the South Loop.

When he was arrested, the FBI also accused Salvi of scheming to steal a crate of more than 30 guns from the Melrose Park Police Department and sell them to one of the informants.

He told the informant that serial numbers on the guns would need to be scraped off. He didn't want the guns traced back to the police department if they were later used in a murder, according to an FBI affidavit.

Gregory Salvi was nabbed amid a plot to deliver 5 kilos of cocaine to an informant in exchange for a few thousand dollars, as Salvi neared retirement.
http://chicago.suntimes.com/news/ex-melrose-park-cop-admits-stealing-drugs-from-evidence-room/
Tweet
How do you feel about this post?
Happy (0)
Love (0)
Surprised (0)
Sad (0)
Angry (0)
Tags:
Big Three: Chain of Custody assault  kits altered evidence
He’s on the case after finding items lost in Katri...
Ingham evidence room investigation turned over to ...
Comment for this post has been locked by admin.