A former Pensacola crime lab supervisor has been sentenced to 15 years in state prison after pleading guilty to charges he stole thousands of prescription pills from a Florida Department of Law Enforcement evidence
lockup. 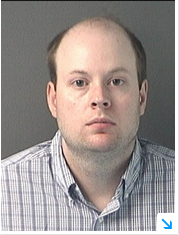 Joseph Wayne Graves, 35, was a supervisor at a FDLE crime laboratory where he tested the chemical makeup of drugs seized by law enforcement agencies. In early 2014, Escambia County Sheriff's Office investigators found some of the prescription pills Graves tested had been swapped with over-the-counter medications.

The discovery prompted FDLE teams to review all the evidence Graves had handled since 2006 for signs of tampering. According to the FDLE, Graves worked nearly 2,600 cases for 80 law enforcement agencies between 2006 and 2014. State and local officials found missing drug evidence in more than 90 of cases Graves worked. In a handful of cases, the compromised evidence forced state prosecutors to drop or reduce the criminal charges against defendants.

Graves was initially charged with an array of offenses, but those charges were dropped Wednesday when Graves pleaded guilty to one count of racketeering. Circuit Judge Scott Duncan sentenced Graves to 15 years in prison followed by 15 years probation. Graves was released after the court hearing, but he is scheduled to turn himself in by 9 a.m. Friday to begin his sentence.

Assistant State Attorney Russ Edgar prosecuted the case for the state, and Graves was represented by defense attorney Christopher Klotz. After the sentencing, Edgar said the case had been "thoroughly and capably investigated" by state and local officials, and that Graves had received a fair and just sentence.

"This guy undermined the system and breached the trust FDLE placed in him," Edgar said. "The FDLE, the court system and law enforcement, all rely on honest, professional services it, and most of all, the public relies on it."

Edgar said an investigation by the FDLE and the State Attorney's Office had determined Graves stole approximately 5,000 pills over two and a half years. Edgar added there was no evidence Graves had misidentified drug evidence to produce false test results.

The missing drugs included opiates (a category of drugs such as OxyContin and Vicodin) and benzodiazepines (drugs like Xanax and Valium). According to the State Attorney's Office, court records show that Graves was being prescribed the same type of drugs, but hadn't been able to obtain them in the quantities he wanted through physicians.

The FDLE implemented a number of changes to its evidence-handling policies as a result of the Graves case. Some changes include requiring evidence packaging to include a description of submitted items and requiring pharmaceutical drugs to be packaged in clear bags. Also, the FDLE has limited which employees have access to forensic vaults and prohibited lab analysts from assigning cases to themselves.