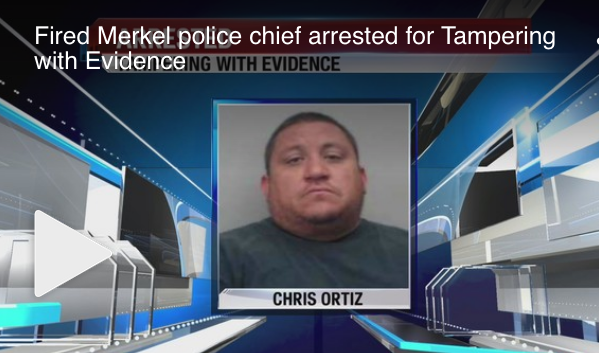 MERKEL, Texas (KTAB/KRBC) - The Merkel Police Chief under investigation for mishandling money has been arrested.

Chris Ortiz self-surrendered in Callahan County Thursday morning for a Tampering with Physical Evidence warrant issued out of Taylor County. He was released from jail after posting bond.

Chief Ortiz told investigators "he was having financial difficulties and took the currency with the intent to replace it," according to the documents.

However, the money was never returned.

Chief Ortiz was placed on administrative leave without pay on July 3, pending results of the investigation, according to documents obtained through an Open Records Request. He was then fired at a subsequent City Council meeting on July 9.

BigCountryHomepage will update this article when additional information is released.