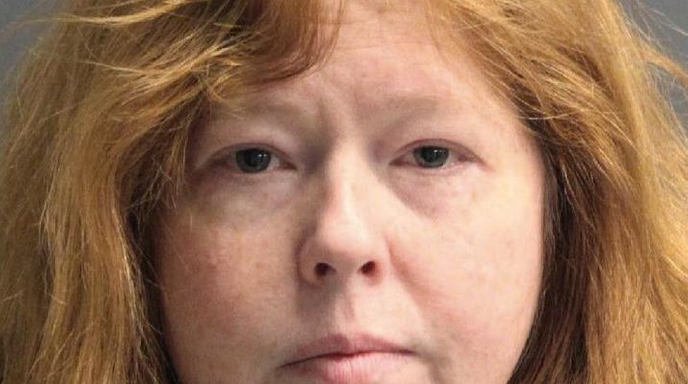 A former manager of the Anne Arundel police crime lab was sentenced to six months in prison Tuesday after she'd pleaded guilty to stealing prescription drugs from drop boxes at district stations for more than two years.

Tuesday's sentencing hearing was an emotional one for Annette Alchin Box, 49, of Pasadena. With her two daughters and father in the audience, she sobbed regularly as her family read statements about how much they'd miss her if she were sent to jail.

While prosecutors argued she'd broken the public's trust in the police department with her actions — stealing more than 1,800 forms of controlled substances and 10,000 over-the-counter drugs from disposal boxes at district police stations over more than two years — her attorney painted her as someone struggling with a turbulent home life and addiction following a prescription for oxycodone following an auto accident in 2012.

Ultimately, Circuit Court Judge Michele Jaklitsch sided with prosecutors, saying the conduct of Box while in a position of power was egregious enough to warrant a prison sentence.

Jaklitsch sentenced Box to five years in prison, suspending all but six months of active incarceration on one charge of misconduct in office. Box was also sentenced to six months in prison on related drug and theft offenses, which will run concurrently.

In asking for a probationary sentence, Box's attorney, Peter O'Neill, said the Anne Arundel County Police Department ignored subordinates who raised concerns about her well being that should've been signs she might have been dealing with substance abuse issues.

O'Neill said that co-workers went to Box's superior to report her as drowsy, inattentive and unable to complete tasks. He said it eventually culminated with the county's Crisis Response Team — which responds to report of crises ranging from opioid overdoses to situations involving mental illness — being called to the department to assist with Box.

"This was a situation where there was wide evidence there was a problem in Ms. Box's life," O'Neill said.

Police Chief Timothy Altomare denied there was any evidence that Box had developed a drug addiction until after her arrest. He declined to comment on whether her subordinates had reported to her supervisor about her performance or whether the Crisis Response Team had been called to assist her at the department, citing laws prohibiting disclosure of medical records to the public.

"I think Pete O'Neill was doing his very best to make his client look like a victim because that mitigates sentencing," Altomare said.

But he also heavily eluded to Box's personal issues, saying "there's a difference between" recognizing someone struggling with personal issues as compared to drug addiction.

Inside the courtroom, attorneys exchanged dueling perspectives on Box's actions and to what extent the importance of her position supersedes her addiction.

Assistant State's Attorney Jason Steinhardt said that while Box has expressed remorse, "at the same time, she was the laboratory manager for the Anne Arundel County Police Department."

He said that Box's habit went beyond just the drug drop off boxes, as she exploited the department's internal systems to find closed cases where large amounts of painkillers, particularly oxycodone, were entered into evidence but yet to be destroyed and stole them.

Some were still in envelopes labeled "evidence," he added.

"This is not just a one-off," Steinhardt said. "This is a course of conduct. This is a crime that took place over several years."

"She really does not understand the gravity of her offenses and the effects she has had on the public trust," he added.

O'Neill painted Box as someone in a desperate situation, a single mother with two daughters who had become addicted to opioids following the 2012 auto accident.

Her two daughters spoke about how Box put their needs ahead of hers at all times as their mother wept from her seat.

When Box spoke, she struggled to hold her composure, saying "the last 14 months have been an absolute nightmare."

After apologizing to her family and former co-workers, she said "I choose to use this as a stepping stone."

Ultimately, Jaklitsch said Box has yet to show the proper remorse for breaking the trust the county's population puts in its police department.

In reading a psychological report, Jaklitsch said Box "had a lack of being completely forthright" in her acceptance of her actions, which she added "appears to be a common thread."

It was a sentence that surprised Altomare when hearing it, who said, "I thought there would be a heavy probationary period" considering she had no criminal history and "a clear substance abuse problem that was disclosed in all of the hearings."

He added he agreed with Jaklitsch that the misconduct in office charge should raise the intensity of the punishment.

After the sentence was handed down, Box turned to her two daughters and say "You two stay strong" before embracing them through tears.

Since Box's arrest, the department has implemented a number of changes to the chain-of-command process regarding its drug drop off boxes.

Following her arrest, Altomare suspended all lab operations and initiated a full audit and inventory of the lab in cooperation with the U.S. Drug Enforcement Agency.

Police have said the surveillance cameras near the drop boxes were repositioned so as to point directly at them so the pickup of drugs is recorded.

In addition, the department has reinforced its existing policy of requiring an additional officer to supervise and approve the transaction when the boxes are emptied each week.

The day after her arrest, police said Box — who had a key to the drop boxes — was not supervised while she was handling the drugs.