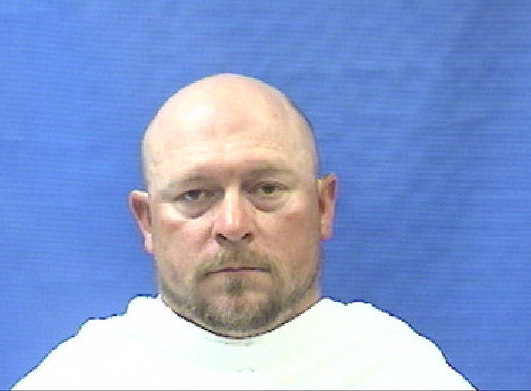 CRANDALL, Texas — The former chief of police for the Crandall Police Department has been arrested and charged with theft of a firearm by a public servant and tampering with evidence.

41-year-old Billy Wayne Kilgore was booked into the Kaufman County Jail early Saturday morning charged with theft of a firearm by a public servant and tampering or fabricating physical evidence with intent to impair. Bond has not been set at the time of press.

Kilgore began working at the Crandall Police Department in December of 2014 and, upon the retirement of then-chief Dean Winters, was named interim chief of police in July 2015. His interim title was later made permanent in January 2016 but, less than a year later, he announced his resignation in August 2016.

In September 2016, Winters was re-named Crandall's chief of police. It was then that he ordered an audit of the department inventory and found four department-owned AR-15 rifles and two shotguns were missing as well as other weapons from the department's evidence room, Winters told inForney.com in response to a request for information on Saturday morning.

During the investigation, Winters says it was discovered Kilgore had taken the weapons.

"Kilgore was contacted and admitted to taking the weapons," Winters told inForney.com. "A department owned AR-15 and department owned shotgun were recovered from him as well as 2 firearms that he was in possession of that had been taken out of the Department Evidence Room."

"Kilgore refused to return any other weapons he had in his possession and became uncooperative in the investigation," stated Winters.

At this point, Winters says he contacted the Texas Rangers to complete the criminal aspect of the investigation and all information was turned over to that agency.

"That investigation resulted in warrants being issued for Kilgore's arrest for Tampering with Evidence and Theft of a Firearm by a Peace Officer," stated Winters.

This is a developing story

CRANDALL, Texas — The former chief of police for the Crandall Police Department has been arrested and charged with theft of a firearm by a public servant and tampering with
https://www.inforney.com/crime/former-crandall-police-chief-arrested-on-charges-for-theft-of/article_8a83e3e4-5b70-11e8-88bd-ebf3cd03524e.html
Tweet
How do you feel about this post?
Happy (0)
Love (0)
Surprised (0)
Sad (0)
Angry (0)
Flood of Trouble: Hollywood Police evidence vault ...
A dangerous opioid is killing people in California...
Comment for this post has been locked by admin.