Swanson is accused of taking $25,760 from the drug enforcement unit office evidence room, 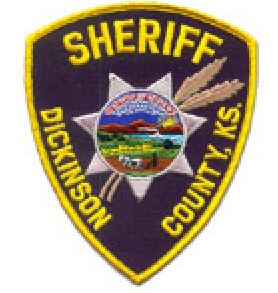 The affidavit with some minor redactions was released by Senior Judge Robert W. Fairchild who is hearing the case to the Abilene Reflector-Chronicle after a Kansas Open Records request.

Swanson and the Kansas Attorney General's Office have agreed to a plea agreement for Swanson to serve five days in jail and receive 24 months of supervised probation in District Court of Dickinson County.

Judge Fairchild is scheduled to sentence Swanson at a hearing at 11 a.m. July 11.

The affidavit said that Gregory Swanson, as part of his duties, had custody and control to funds used to purchase narcotics in an undercover capacity. Swanson also had access to the drug enforcement unit (DEU) and evidence room with the DEU office.

According to the affidavit, on Jan. 25, 2012 a search warrant was executed on the residence of Judith Beal in Chapman.

"DKSO investigator Bret Gering seized 24 items of evidence to include $18,085 in US currency," the affidavit read.

On Jan. 19, 2017 Gering was asked by DKSO Undersheriff James Swisher to retrieve the money seized in the Beal case and get it deposited with the Dickinson County treasurer's office after Swanson had not completed the task.

"Gering went to get the money from the DEU evidence room but was met in the parking lot by Swanson," the affidavit said. "Swanson inquired of Gering what he was doing and Gering responded he was asked to deposit the Beal money. Swanson asked Gering to take a ride in his DKSO car with him. During the ride, Gering stated in his interview with the affiant, that Swanson admitted to him that he had stolen the Beal money. Swanson told Gering, 'I had to use the money for my dad's funeral and other things that have come up.' Swanson asked Gering not to tell anyone and stated he had spoken to his mom and she was going to the bank and would put the money back by 1/22/2017."

An audit conducted by Gering and Swisher revealed the missing funds totaled $25,760.

The affidavit said that Swanson admitted to taking the Beal money but not all at once.

"Swanson stated he would take $50 here and $100 there and then pay back or attempt to pay back the money taken but he just got in over his head. Swanson was asked by the affiant about an open evidence bag found in his desk. Gering found the bag in Swanson's desk, the evidence tape was cut open, and the bag was missing $500 of the $700 it was supposed to contain. Swanson admitted he kept the evidence bag as a way of keeping track of what he had taken and needed to pay back", according to the affidavit.

When he resigned Swanson paid back $19,000 from a loan his mother received on her home to provide the cash.