Search of home - They found multiple items of unsealed evidence belonging to the Enfield Police Department, as well as marijuana and paraphernalia. 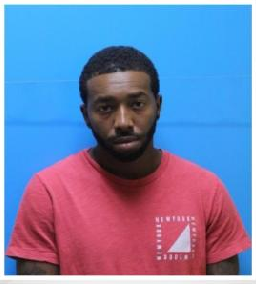 Enfield, NC - A former Enfield police officer has been indicted on embezzlement and other charges following an investigation that began after allegations of sexual exploitation of a child.

Willie Cleveland Murphy, a former lieutenant with the Enfield Police Department, was indicted on 14 counts of embezzlement by a local government employee, 18 counts of altering, destroying, or stealing criminal evidence, 18 counts of willfully failing to discharge duties, and four counts of obstructing justice.

The indictments come after the Halifax County Sheriff's Office received information and began an investigation into the second-degree sexual exploitation of a child on July 27. Investigators said they continue to investigate those allegations and anticipate further charges.

Murphy turned himself in to the sheriff's office Friday night. He had a $20,000 secured bond. A court date will be set at a later time, Halifax County Sheriff Wes Tripp said.

Investigators said they conducted a search warrant at Murphy's home on Aug. 4, with the assistance of the Department of Homeland Security. They found multiple items of unsealed evidence belonging to the Enfield Police Department, as well as marijuana and paraphernalia. All unsealed and empty evidence packaging was seized by the sheriff's office.

Also located were multiple items of evidence that appeared to have been collected from different crime scenes which had never been submitted into evidence as required by department policy and state law.

Officials said they consulted the district attorney's office with the findings and deemed an audit of the evidence room at the Enfield Police Department was warranted since Murphy was the evidence custodian at the agency. After the audit, additional evidence was found to be altered, damaged, or missing from within the police department's evidence room.

Detectives from the sheriff's office discovered 86 items of evidence that had been altered, stolen or mishandled. Additionally, an undisclosed amount of money and an estimated pound of marijuana and other illicit drugs were discovered to be missing or unaccounted.

A former Enfield police officer has been indicted on embezzlement and other charges after an investigation that began after allegations of sexual exploitation of a minor child against the officer.
https://www.wral.com/former-enfield-police-officer-indicted-on-embezzlement-other-charges/19270901/
Tweet
How do you feel about this post?
Happy (0)
Love (0)
Surprised (0)
Sad (0)
Angry (0)
Tags:
empty evidence package officer indicted evidence custodian
Arrest Made in 17-Year-Old Lubbock County Cold Cas...
Clifton PD returns U.S. Navy Captain's sword seize...