Burke had been set up in a sting operation after suspicions arose that he had stolen an AR-15 gun from a police locker. 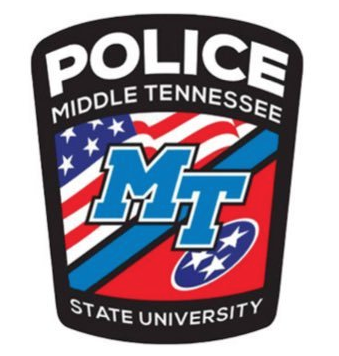 Prosecutors used the officer's body camera as part of the proof.

Former MTSU campus police officer Marco Burke was caught stealing in 2018, one year after he joined the force. Burke had been set up in a sting operation after suspicions arose that he had stolen an AR-15 gun from a police locker.

The MTSU police chief worked with Murfreesboro Police to set up a sting operation.

On the night of May 10th, 2018, Burke was directed to be the lone responder to a car crash involving a reckless driver. The driver in the set-up was not on scene when Burke arrived.

Burke's body camera footage shows Burke rummaging through the planted vehicle, as well as a backpack in the front passenger seat. Inside the backpack, Burke finds a pill bottle of Oxycontin – filled with sugar pills – and $1,100 in cash.

Police say Burke never mentioned the pills or the cash in his police report of the incident, and instead hid both items in a blue lunchbox that he dropped into the shrubbery next to his car in the police department parking lot.

Burke was indicted one month later in June 2018 on 5 felony charges:

"I got caught up in uh - in something and I got in trouble and I'm not even sorry. I'm mad as [expletive] at myself because I know what I did," said Burke in a jail house phone call to his wife.

Later in that call, Burke admitted to feeling embarrassed.

Burke is scheduled to be sentenced September 18th.