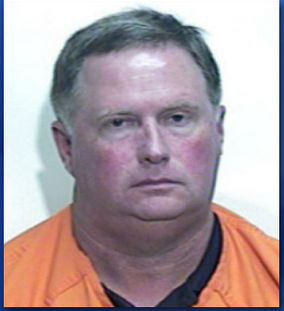 David Gerald Nobles Jr. was arrested Thursday afternoon and charged with embezzlement by a public official/trustee. His bond was set at $100,000.

According to online records, Nobles bonded shortly after being booked at the Columbus County Detention Center. Nobles retired from the sheriff's office in 2015.

The arrest is a result of a State Bureau of Investigation probe into evidence that was missing from the Columbus County Sheriff's Office. Sheriff Lewis Hatcher asked for the SBI to help investigate after the sheriff's office was unable to account for cash that was missing from the evidence locker. According to the indictment, the embezzlement took place between around Oct. 11, 2013, and Sept. 1, 2015.

"When discrepancies were discovered in 2015, I requested an independent investigation from the North Carolina State Bureau of Investigation," Hatcher said in a statement. "This charge is a result of that investigation. As Sheriff, I have the utmost respect for all employees at the Columbus County Sheriff's Office, however I will not allow any person or person's to interfere with the integrity of this office."