During that time, Solomon took cash from evidence envelopes and, the
agreement states, "sometimes even destroyed the case file associated
with those evidence items." 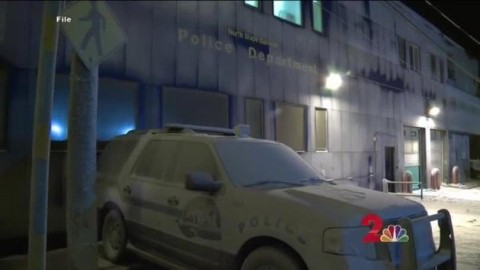 ANCHORAGE (KTUU) A former North Slope Borough Police Department employee in a plea agreement admitted to stealing at least $109,623 from a police evidence room and to destroying some case files, according to documents filed today in federal court.

Margaret Ann Solomon agreed to plead guilty to one felony count of transporting stolen property, a charge related to her use of the stolen cash to gamble online, the agreement says. The case sheds new light on longstanding reports of missing evidence from the borough police department.

Solomon, who began working for the Barrow-based department in 2006, served as one of three evidence custodians from January 2011 to June 2012, according to the agreement signed today.

During that time, Solomon took cash from evidence envelopes and, the agreement states, "sometimes even destroyed the case file associated with those evidence items."

The department polices Barrow and seven Arctic villages in the sprawling borough.

A 2014 audit of the Barrow evidence room found that at least $207,563.96 had disappeared. Some 82 individual evidence items were missing money or could not be found at all, according to the plea agreement.

A North Slope Borough spokesperson did not immediately respond to questions about the case, including whether the admitted thefts have jeopardized convictions in cases that relied on tainted evidence.

"No one ever caught or otherwise confronted the defendant about stealing money from the evidence room during the time that she worked for the NSBPD," the agreement states.

Solomon admitted to having a gambling problem at the time of the thefts, and using some of the money to pay for pull tabs and online gambling via Facebook. The use of stolen money online, including transactions through out-of-state data centers, accounts for the inter-state transportation charge. The plea agreement says the precise amount of stolen cash is unknown for two reasons:

- Solomon did not keep track of how much money she took.

- The borough police department "had poor controls for tracking evidence in the evidence room during all times relevant. … for Example, during business hours, the evidence room was often left open and unattended by the assigned evidence custodian," the agreement states.