Two audits conducted in 2016 found that several envelopes were missing and tampered with. The envelopes contained $1,873.40, the affidavit read. 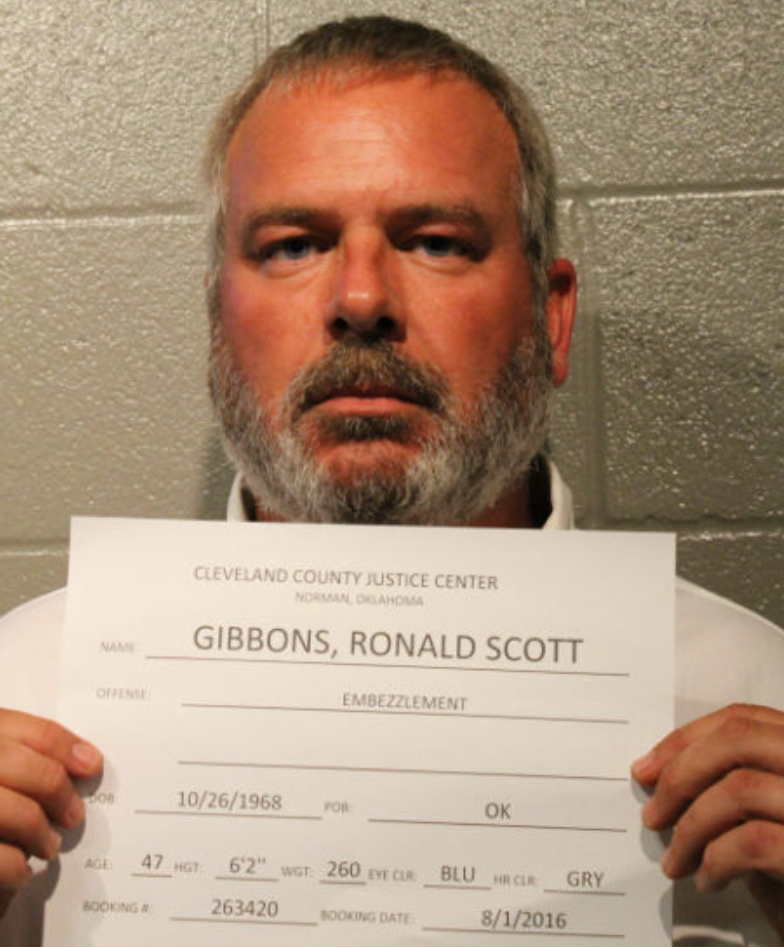 Ronald Scott Gibbons, 48, was charged with embezzlement in 2016, stemming from allegations that he had stolen money from OUPD in 2014.

According to a probable cause affidavit, an investigation started after a person, whose case had concluded, came to OUPD headquarters to pick up a computer and $250. The money was nowhere to be found.

Two audits conducted in July 2016 found that several envelopes were missing and tampered with. The envelopes contained $1,873.40, the affidavit read.

An OUPD spokesperson confirmed today that Gibbons is no longer employed with OUPD.

Oklahoma court records show Gibbons received a three-year deferred sentence. That means Gibbons will not to go to prison as long as he follows guidelines set forth by the court. If he fulfills the stipulations surrounding probation, a judge may throw out the sentence and guilty plea, clearing the incident from his record.

However, if Gibbons violates the rules of his probation, he could serve the full-term of his sentence