Documents which track the evidence to be legally destroyed or disposed of were also found that the investigators think was altered by Acosta, according to the release. 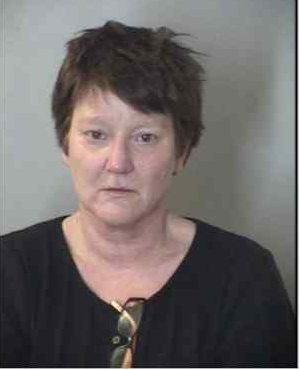 A former Butte County Sheriff's Office employee is accused of stealing drugs and guns from the agency's evidence building, a theft discovered only after her arrest in a different matter.

Kathleen Acosta, 48, of Oroville, was arrested Sunday on suspicion of grand theft, embezzlement and the unlawful possession of prescription drugs after the Oroville Police Department responded to a domestic dispute and allegedly found both methamphetamine and prescription drugs in Sheriff's Office evidence packaging in the car she was driving, according to a news release from the BCSO.

The Sheriff's Office took over the investigation after Oroville police notified deputies of the discovery.

Acosta's residence and two storage units she rented were searched and deputies say they found more items from the evidence-property building including more prescription drugs and 19 guns that had been slated for destruction or disposal.

Documents which track the evidence to be legally destroyed or disposed of were also found that the investigators think was altered by Acosta, according to the release.

Acosta resigned from the Sheriff's Office in May after accusations that she had mishandled property stored in the evidence-property building and then tried to conceal the misconduct from a new supervisor.

An investigation into her actions at the time and an audit and review of the property building did not reveal the thefts, which Sheriff's Office blames on Acosta's alleged falsification of the documents showing that the property had been properly disposed of.

The audit did reveal additional safeguards and procedures were needed, along with an updated evidence building.

The Sheriff's Office said in the release the recommendations have been implemented and plans for an updated facility are moving forward.

Acosta worked as clerk and correctional officer for eight years before becoming an evidence technician in July 2014.

She posted bail Wednesday and is scheduled to appear Jan. 27 in the Butte County Superior Court.

"I am angered by the illegal conduct of this now former employee and disheartened to think her actions will reflect negatively upon the rest of the Sheriff's Office employees who do great work on a daily basis," Sheriff Korey Honea said in the release.