Arrested Jan. 7, 2016, in connection with the November 2015 burglary of thousands of dollars as well as guns and drugs from the Simpsonville Police Department, 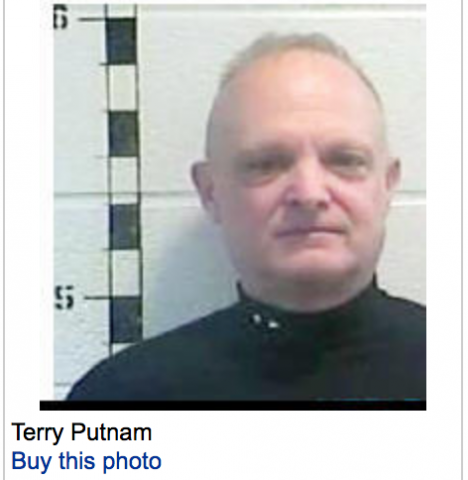 Putnam made an open plea, which left the sentence up to the judge's discretion.

Of his 7 charges, all are felonies, except for the charge of official misconduct.

Hickman also ordered Putnam to pay a restitution of $11,000 in connection with the theft on Nov. 6, 2015, when more than $25,000 dollars was stolen, along with guns and narcotics from the evidence room at the Simpsonville Police Department.

"On Terry's behalf, he wants to sincerely apologize to the Simpsonville Police Department and the citizens of Simpsonville," he said. "He hopes everyone will also remember his many years of exemplary service in the United States Army and various police departments."

During the investigation, Kentucky State Police Trooper Keith Armstrong, who arrested Putnam when he was on duty, testified in court that the crime scene appeared staged.

He said that a search of Putnam's vehicle supplied a footprint that matched a print leading in or out of the evidence room at the time of the break-in, which had the same size, texture and pattern.

Other evidence presented in court included a purchase Putnam made in December 2015 from Penrod Lumber in Simpsonville that he paid for with cash in 100-dollar bills. The serial numbers on the bills matched those of bills that were stolen from the evidence room which had been taken in a seizure, said Armstrong.

He had said in his arrest report that the door facing and lock mechanism on the evidence room had significant damage but that the door had been opened with the required two keys, resulting in a theft of $28,573 in cash, as well as two handguns, several narcotics and seized credit cards.

KSP detectives had searched Putnam's home the day he was arrested, looking to locate some of the stolen items, but found none.

Butler had made an impassioned plea on Putnam's behalf for a bond reduction last year, but the request was denied.

The Simpsonville City Commission suspended Putnam without pay until the conclusion of his criminal charges and he later resigned from the department in July.

Butler said Putnam would be eligible to ask for shock probation in six months.