At that time, it was revealed Chief Foust allegedly knew about a previous breach into the evidence room but did not take appropriate action 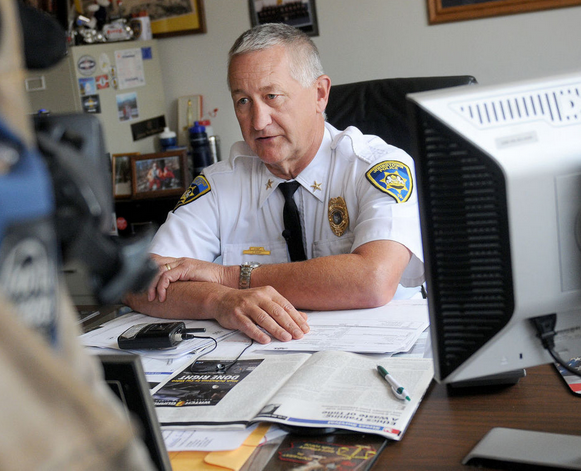 Craig Foust will retire as chief of the Johnstown Police Department effective Saturday.

The announcement was made during a regular City Council meeting on Thursday. Foust, who has been on paid administrative leave since October, was not in attendance. He was with the department for three decades.

"I would just personally just like to thank Chief Foust for all the good years and all that he did with this city," Mayor Frank Janakovic said.

However, Foust leaves amid controversy, although Carl Beard, an attorney from the city's solicitor firm, the Beard Legal Group, said, "He was not pushed out.

"He was not told to leave."

Earlier this year, Officer William Slisz, a police department veteran and Cambria County Drug Task Force member, allegedly overdosed in the Public Safety Building after reportedly getting drugs by using a hammer to smash into the evidence room.

At that time, it was revealed Foust allegedly knew about a previous breach into the evidence room but did not take appropriate action, according to Cambria County District Attorney Kelly Callihan.

Callihan said an investigation into the matter continues with help from the Pennsylvania State Police.

"The investigation is ongoing and I'm waiting on PSP's completion and final report," Callihan wrote in a text after being made aware of what happened at the council meeting.

"We're fully functioning," Janciga said. "I knew that the chief had his time in and the age to retire. Quite honestly, with everything that's transpired over the last three months, I expected it."

The incident will continue to be investigated internally by the city.

"It will be addressed," said Arch Liston, a former police chief in Mount Holly Township, New Jersey, who became Johnstown's new city manager during Thursday's meeting. "One of my highest priorities is coming in and making sure that it's reviewed and proper steps will be taken.