Police departments for decades disagreed over whether attacks spanning the state over more than a decade were committed by a single man. 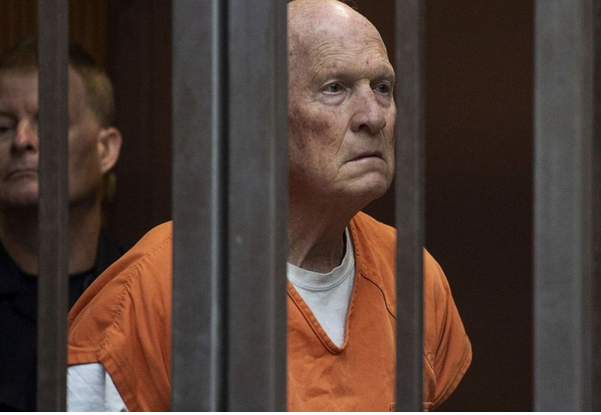 Claude Snelling woke in the night 42 years ago to find a man in his Visalia backyard trying to abduct his 16-year-old daughter. He tried to intervene and was fatally shot.

Tulare County prosecutors on Monday filed a murder charge against Joseph DeAngelo, 72, bringing the deaths he is accused of to 13 and resolving four decades of police disagreement over whether the Visalia attacker was the same person suspected of killing a Sacramento suburban couple and later raping and slaying 10 people in Southern California — crimes now attributed to the Golden State Killer.

Snelling's daughter, Elizabeth Hupp, told police in September 1975 that she was sleeping when a man in a ski mask entered her bedroom and forced her to move in silence to the backyard. Her father saw his daughter from the kitchen window and rushed out the back door to come to her aid. The attacker pushed the teenager to the ground, kicked her in the head, and shot her father twice before running off alone.

Claude Snelling, 45, a journalism professor and public information officer at the College of the Sequoias, died on the way to the hospital.

The murder was immediately linked to a prolific series of burglaries in Visalia in which a prowler over two years broke into 102 homes, ransacked dressers for women's underwear, and stole coin banks, random pieces of jewelry and a gun later linked to Snelling's killing.

A prowler had been reported at the Snelling house six weeks earlier. On the night of the assault, police said the attacker crept in through a back window while the family of five was asleep. After Snelling's death, police patrols for the Visalia Ransacker were increased. An officer on stakeout three months later was shot at when he surprised the prowler — the last known attack.

DeAngelo at the time was a police officer in a nearby small town, Exeter, where his mother, sister and brother also lived.

He left Exeter at roughly the same time the Visalia ransackings stopped to join the police force in Auburn, a small town north of Sacramento. Concurrently, a serial rapist began to operate in Sacramento's eastern suburbs, attacking some 34 women and killing a young couple who evidently surprised the prowler while they were on an evening stroll.

The so-called East Area Rapist then moved south and west, attacking couples in their homes in Modesto, Stockton, Davis and in the San Francisco Bay communities of Danville and Fremont. Visalia detectives said it was the work of a single attacker, but detectives in other jurisdictions disagreed.

After DeAngelo was fired from the Auburn Police Department in 1979 for shoplifting a hammer and dog repellent from a nearby store, the rapes stopped, but a serial killer began attacking women and couples in Southern California. He assaulted and killed 10 people, bludgeoning or shooting them. The last victim, an 18-year-old, was raped and killed in 1986 at her home in Irvine.

Police departments for decades disagreed over whether attacks spanning the state over more than a decade were committed by a single man.

DNA evidence in 2000 linked most of the murders. The following year, DNA unearthed in three rape kits confirmed they were also the work of the East Area Rapist.

It wasn't until this year that cold case detectives uploaded the killer's DNA profile to a public genealogy site to identify the likely family line of the killer, and from there, narrowed their hunt to DeAngelo.

He was arrested in late April and subsequently charged with 12 murders. The retired truck mechanic was living in the same north suburban Sacramento home he had bought in 1979.

A search warrant accompanying his arrest showed police had sifted through DeAngelo's trash to find a tissue with DNA that matched that of the serial killer. They had little other evidence to go on beside geographic coincidence between DeAngelo's movements and those of the killer. No DNA was left behind in the attack on Claude Snelling, but the bullets that killed him matched those from a gun stolen by the Visalia Ransacker from another home.

Police Chief Jason Salazar said Snelling's murder is the only Visalia homicide for which DeAngelo is being investigated, and he said there were no known sexual assaults in the crime series. After DeAngelo's arrest, the department renewed its call for community tips and recontacted victims and witnesses from the 1970s. Salazar said those interviews are continuing.

"The criminal had a very specific modus operandi," Salazar said. "We've been able to link the Visalia Ransacker to the Snelling homicide. There is additional physical evidence that we have and are continuing to work."

Salazar would not detail that evidence other than to say none of it was recovered in the police search of DeAngelo's Citrus Heights home in April.

DeAngelo is represented by a Sacramento County public defender. He has not yet entered a plea in the murder charges. The statute of limitations on the rapes ran out long ago, but individuals close to the investigation say prosecutors are exploring whether they also can file kidnapping charges against DeAngelo.

DeAngelo's arraignment on the Tulare County charges is not set. He remains in custody in Sacramento County jail, pending charges now in five counties. Prosecutors in those counties have met several times to discuss where and when to bring the case to trial. Ward, Tulare County's district attorney, said no decision has been made on whether to seek the death penalty.

DeAngelo is scheduled to return to court in Sacramento on Sept. 5.

12:30 p.m.: This article was updated with statements from the Tulare County district attorney and the Visalia police chief.

This article was originally published at 11:15 a.m.