Gun Cases are Notoriously Hard to Make Stick. New York Thinks It Has the Answer. 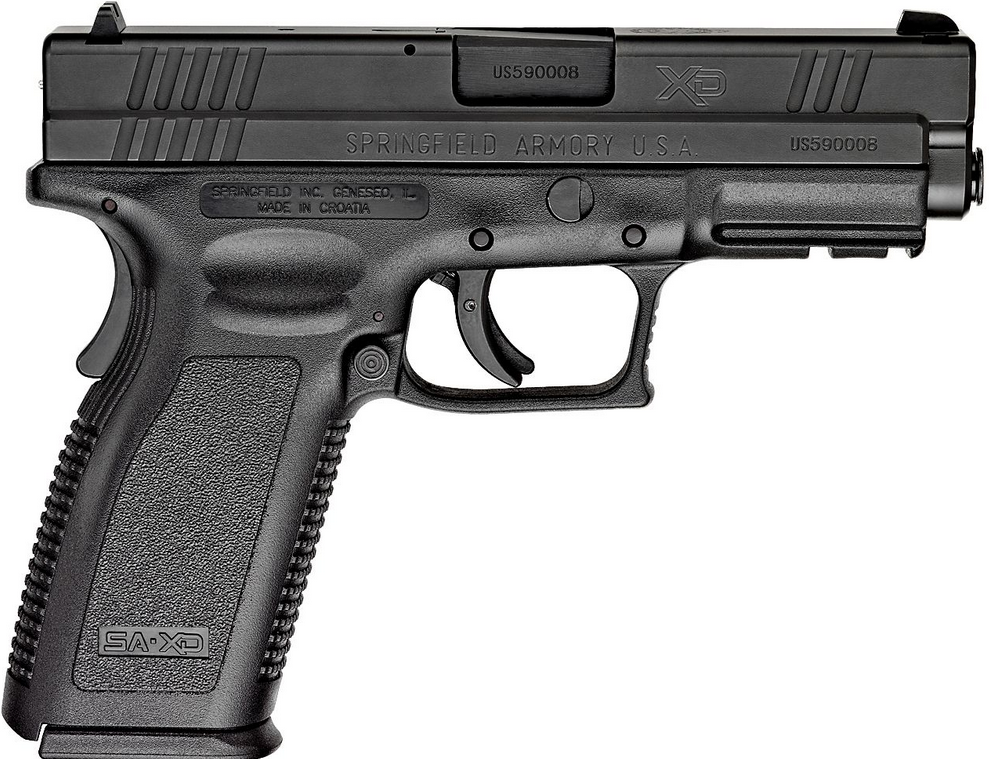 wo New York police officers were sitting in a patrol car one night last August when they saw Avree Lamar, a 19-year-old with an open arrest warrant, climb into a cab near a housing project in Red Hook, Brooklyn.

The officers followed the cab, pulled it over, and arrested Lamar. In the back of Lamar's waistband, they found a loaded 9mm pistol, court papers said. He was charged with criminal possession of a loaded weapon, a felony.

It seemed like a straightforward case. But for all New York City's success in reducing violent crime, only about half of the people arrested for carrying a loaded gun in the city get convicted. Juries like hard evidence, and often mistrust cases that hinge on police testimony. Prosecutors say cases like Lamar's are not always easy wins.

To change that, the city is pursuing an ambitious and expensive plan to collect and test DNA from every gun recovered by police. The goal is to boost the number of successful prosecutions, and discourage carrying illegal weapons in the nation's largest city.

The Trace and WNYC contacted eight other major police departments. None are attempting DNA collection and testing on this scale. Several said such an undertaking would be extremely difficult without adding staff, lab space, and expensive equipment. The Federal Bureau of Investigation, and the Bureau of Alcohol, Tobacco, Firearms, and Explosives, only deploy DNA tests for select gun cases — often shootings and murders.

The New York program, which began in the summer of 2015, is continuing to expand. Last year, the Office of the Chief Medical Examiner performed DNA tests for 1,682 gun cases, nearly quadruple the number from 2014. Just this month, the city gave the office an additional $8 million to pay for 55 new employees to process gun swabs, plus training and equipment. That money amounts to about 10 percent of the office's total annual budget.

Police officials and the medical examiner's office said they could not estimate the total cost of the swabbing and testing program since it would include staff time for police, prosecutors, and scientists, as well as equipment and training in several different departments and agencies.

Lamar's gun was swabbed at the police station, and sent to the medical examiner's office.

Scientists in the M.E.'s office then compared a DNA sample from Lamar to the genetic mixture found on the pistol's trigger guard. Their conclusion: the DNA retrieved from the weapon was 6.8 trillion times more likely to belong to Lamar than someone else.

Lamar pleaded guilty, and a judge sentenced him to three years in prison — a lengthy sentence for a first offense, lawyers said.

"That is the goal, to make it radioactive to even pick up a gun," said Richard Aborn, president of the Citizens Crime Commission of New York City, a nonprofit group that helped the city develop its strategy for using DNA in gun cases.

Some legal and forensic experts said that DNA testing, while more sophisticated than ever, is not foolproof. They say the science used to test small amounts of DNA isn't perfect, and there are ways an innocent person's genetic material could get on a gun he or she never touched.

"What we've seen in the last few years are real efforts to push the boundaries of DNA evidence," said Clinton Hughes, an attorney with the Legal Aid Society of New York's DNA unit. "DNA does not necessarily mean that there's going to be a just result, or an accurate result in a particular case."

Some civil liberty groups have also raised concerns about the expansion of DNA collection by local law enforcement agencies.

DNA that is deemed "abandoned" — left on the rim of a soda can or the end of a cigarette, for example — can legally be picked up by police and entered into a local database. People whose genetic information is stored in the database are almost never aware of it, legal experts said.

Expanded DNA testing on guns is part of a larger effort New York is making to crack down on illegal firearms and gun violence. In January of 2016, police formed a 200-officer gun-violence suppression division to focus on illegal firearms, shootings, and gangs. In Brooklyn, there are two courtrooms dedicated to expediting gun cases. Other boroughs are expected to follow suit.

The theory behind the push to make more successful gun cases is that certainty of punishment is more important in deterring crime than the severity of punishment. If would-be criminals believe police will get their DNA and there'll be no way to avoid conviction, they'll be less likely to break the law, Aborn said.

But there are still neighborhoods where violent crime is common, and people are frequently shot. In a one-month span this summer in the Bronx, a 5-year-old boy was shot in the head; a police officer was fatally shot while sitting in her patrol car, and a man was caught on surveillance video shooting three men on a city street.

Some other large cities have struggled to control rising levels of gun crime, the violence that spurred President Donald Trump to speak of "American carnage" in his inaugural address. Chicago, which has a third of New York's population, reported 3,550 shooting incidents last year.

Benjamin Meda is a detective who heads the Los Angeles Police Department's gun unit for gangs and narcotics. Los Angeles saw shootings rise slightly last year, and Meda said police can use all the investigative tools they can get.

"We are extremely interested in what New York is doing," he said. "We want to see what their success is — what the return on their DNA hits are, what they're doing that we aren't doing."

It's been almost 25 years since a drop of blood on the pavement at OJ Simpson's ex-wife's house brought DNA evidence into the public consciousness. Back then, scientists needed a sample of blood or other bodily fluid the size of a quarter to test for DNA.

As the science became more sophisticated, the New York M.E.'s office developed a method that it used to make DNA matches from a tiny amount of recovered genetic material. It also developed an algorithm that helped scientists identify a possible match even when someone's DNA was mixed up with that of other people.

Both these technologies are key when it comes to testing firearms. Guns — especially crime guns — are often passed among several people before they are confiscated by police.

Last year, the M.E.'s office turned to a widely used computer model called STRMix, which as of this spring was being used by 17 American crime laboratories and the Federal Bureau of Investigation, to test mixed DNA samples.