He is accused of tampering with evidence and violating department policy. 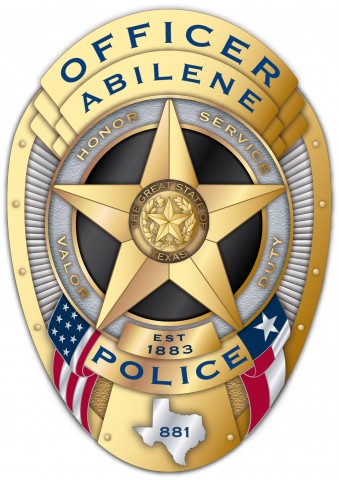 During the hearing, Abilene Police Chief Stan Standridge said the allegations came about when he had a meeting with the mother of Jefferson's child, Alexa Torrez, on March 2.Standridge told the arbitrator that Torrez initially claimed Jefferson was harassing her.

Torrez and Jefferson had recently ended a custody battle over the child.

When Standridge asked her to produce evidence, Torrez then said she had photos in her phone taken in 2013 of marijuana at Jefferson's home.That day, officers searched Jefferson's home but did not find any drugs. He also took a drug test and passed.Jefferson did admit to taking marijuana from the evidence room but claims it was used in his instruction, showing the drugs to a cadet who had not seen or smelled the substance.

He also stated that he never took the marijuana home and returned it to the evidence room.In a separate incident, Jefferson is also accused of improperly running the license plate of number of one of his ex-girlfriend's boyfriends.The ruling from the hearing is set to come down in August.Standridge said this incident could bring criminal charges for Jefferson down the line. Copyright 2016 by KTXS All rights reserved. This material may not be published, broadcast, rewritten or redistributed.

Tweet
How do you feel about this post?
Happy (1)
Love (0)
Surprised (0)
Sad (0)
Angry (0)
Police say confiscated drugs found with Arkansas o...
Solicitor: Former Andrews police chief will not be...
Comment for this post has been locked by admin.